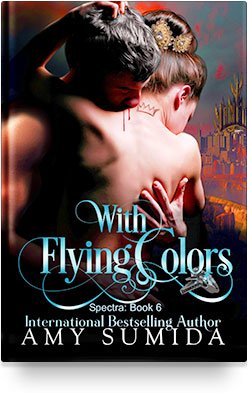 Their love must endure Hell to survive.

Prince Malik Starsiene has proposed and wants to marry Amara on his home planet of Hell. The fresh truce between the Bleiten and the Triari may not be enough to protect Amara but the title of Princess of Hell will be. All she has to do is survive long enough to be crowned. Except Amara finds more resistance to her engagement than expected and must navigate not only the dangerous waters of the Bleiten Court but also the deadlier intricacies of Bleiten politics. Politics which are waged on the battlefield. Can the color-wielding superhero survive Hell or will it prove to be even stronger than the immortality elixir in her blood?