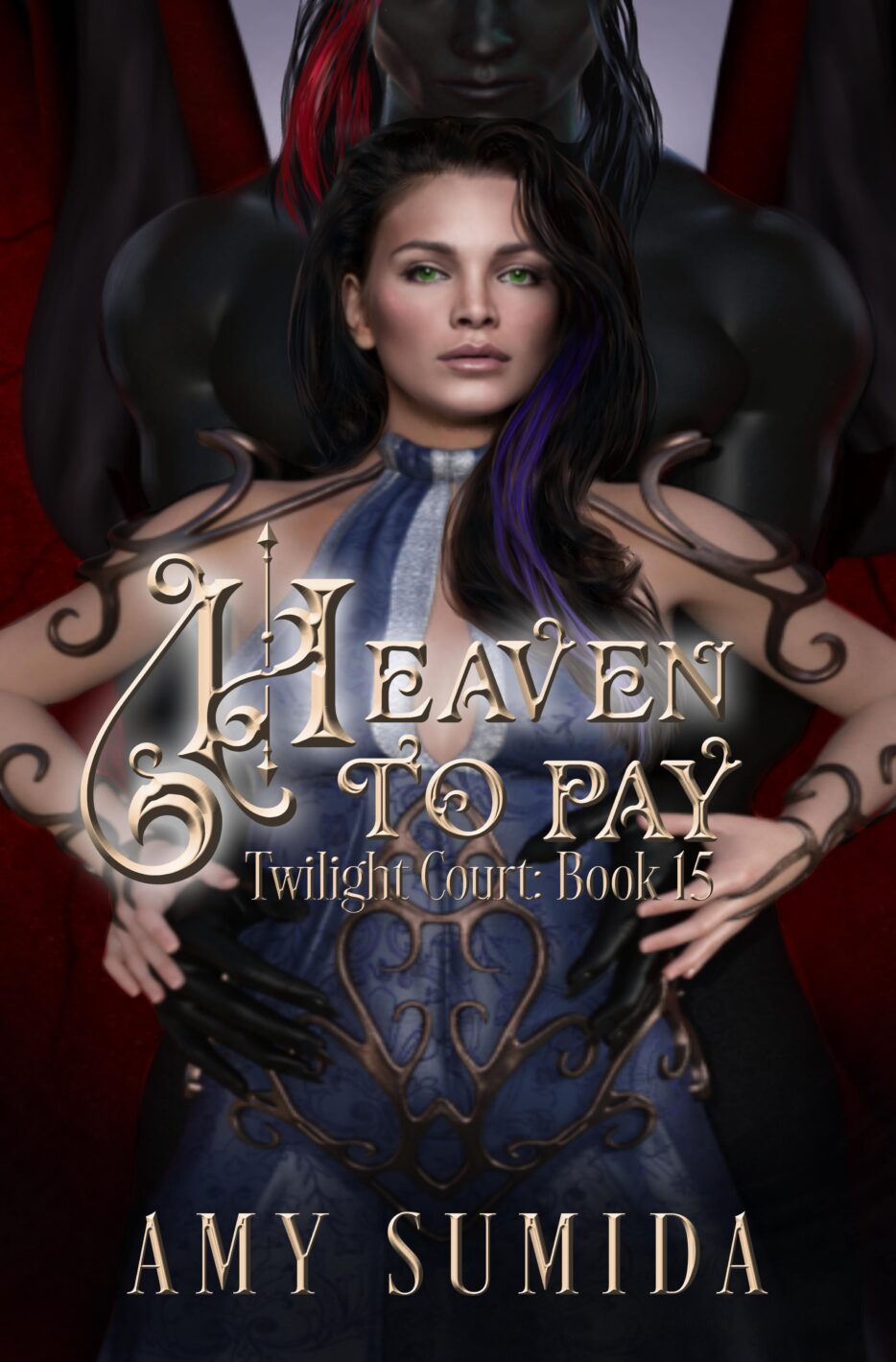 Book 15 in the Twilight Court Series

There will be heaven to pay.

Seren’s trying to move on from losing a man she doesn’t have the right to love, but it’s a difficult task with his child growing inside her. Technically, she’s still married to Severriel, but he didn’t fight for her when they were torn apart, and she doesn’t want that to change just because she’s pregnant. So Seren agreed to keep the child a secret from Sever, but she’s starting to realize that some secrets are impossible to keep. Bearing the child of the King of Heaven is one of them.

When their haloed bond draws them back together, and Sever finally stands up for their love, Seren decides to confess the pregnancy. But before anything can be decided, she is drawn into a mission on behalf of Heaven. The Arma Christi, three powerful relics tainted by the death of Christ, have been stolen. Seren’s romantic drama needs to be set aside until the Arma Christi is recovered, but with such passionate men involved, that becomes nearly impossible. The fate of Earth hangs in the balance, but so does that of a love born in Heaven. Can Seren save them both?