Don’t feel like reading? Have a listen to Godhunter; recorded by the author herself! Get your copy of the audiobook here: 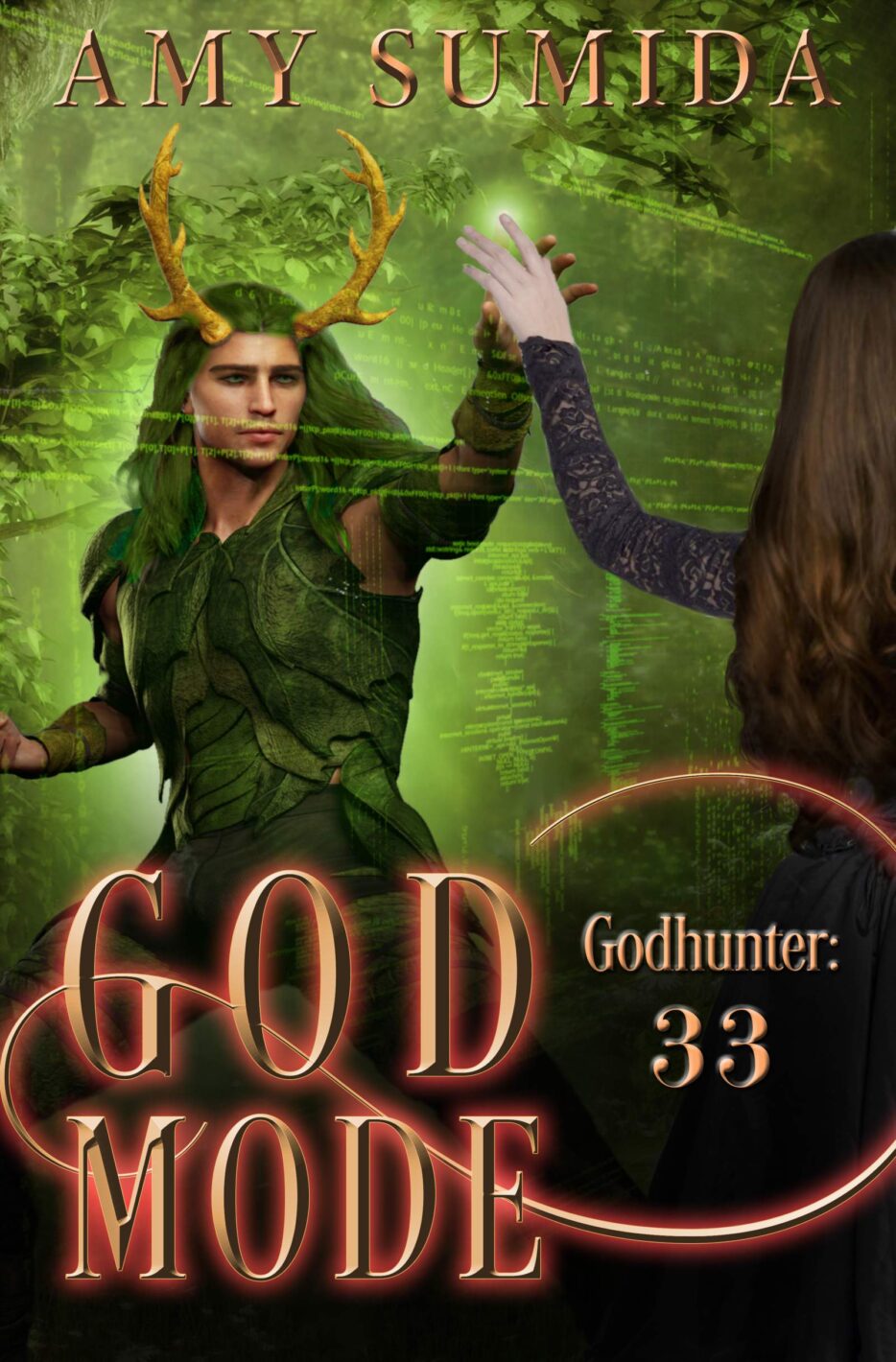 In the wake of the withdrawal of wild faerie magic from most of the world, Faeries have become the new celebrities, and the most adored is the Faerie God himself. To capitalize on his popularity an online game called Lore has been created and has attracted the interest of none other but Lucifer, Azrael’s father. But the Devil’s noticed something odd about the game; his gaming friends are disappearing and there’s a powerful monster that just won’t die. When he calls in the Godhunter to help, she’s pulled into an online world that may be more real than anyone thought. Will Vervain make it out of the game alive or will this be her last life?

The Lion Soul: Book 8 in the Soul Stones Series 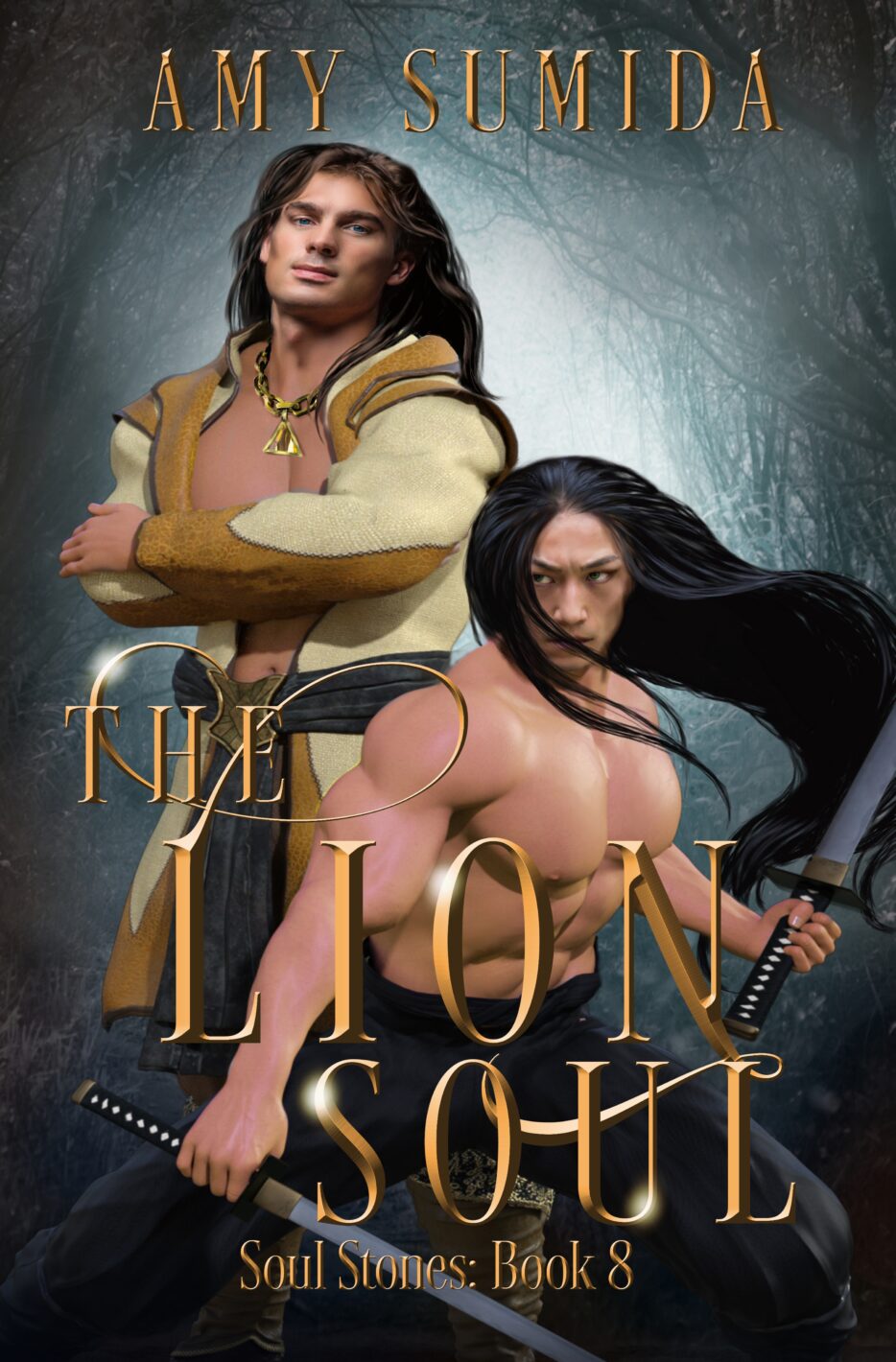 I’ve dreamed of him for most of my life.

Ever since I was a little boy, I’ve had the same dream; I save a lion from monsters. I’ve traveled around the world looking for my lion because I knew it wasn’t merely a dream; it was a prophecy. But what I didn’t know was how literal that prophecy was or how much that lion would come to mean to me. That he would be brave, powerful, honorable, and beautiful enough to make the Gods weep. I didn’t know how drastically he would change me. And most of all, I didn’t know that those changes would be so great and shocking that they’d threaten to destroy everything I hold dear. I’ve found my lion, but to keep him I’ll have to face monsters, faeries, and the most difficult obstacle of all—myself.

A Shattered Song: Book 15 in the Spellsinger Series 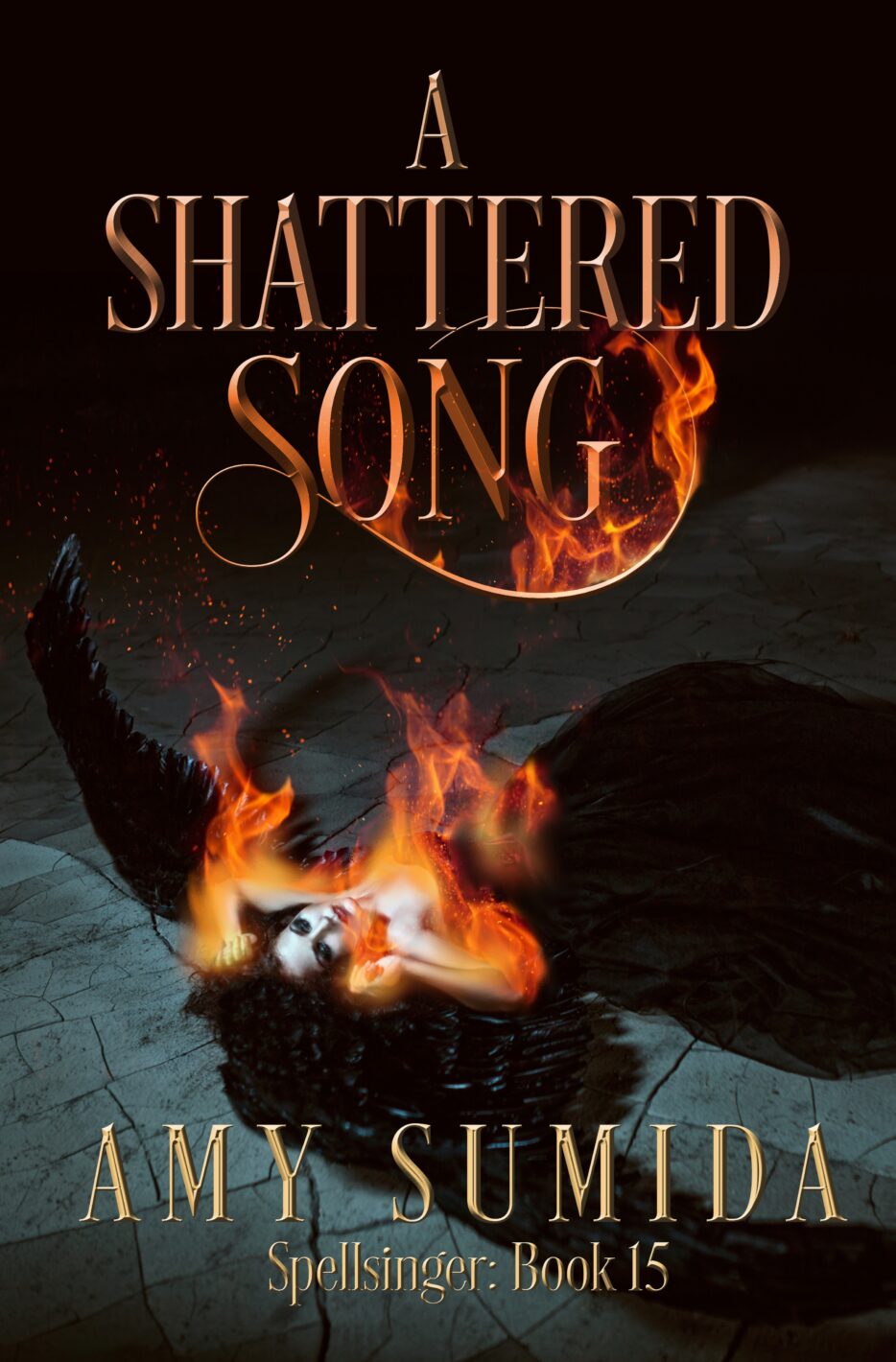 Recovering from the Devil’s deeds, the Spellsinger and her men are trying to put their lives back together. All seems well until Elaria does a favor for her best friend and shatters her magic in the process. To discover the reason behind her broken magic and repair it, Elaria must fight harder than she ever has before, facing monsters and monstrosities within other realms, her pantheon, and herself. Will the Spellsinger survive this final song, or will she shatter along with it?

A Golden Opportunity: Book 9 in the Spectra Series 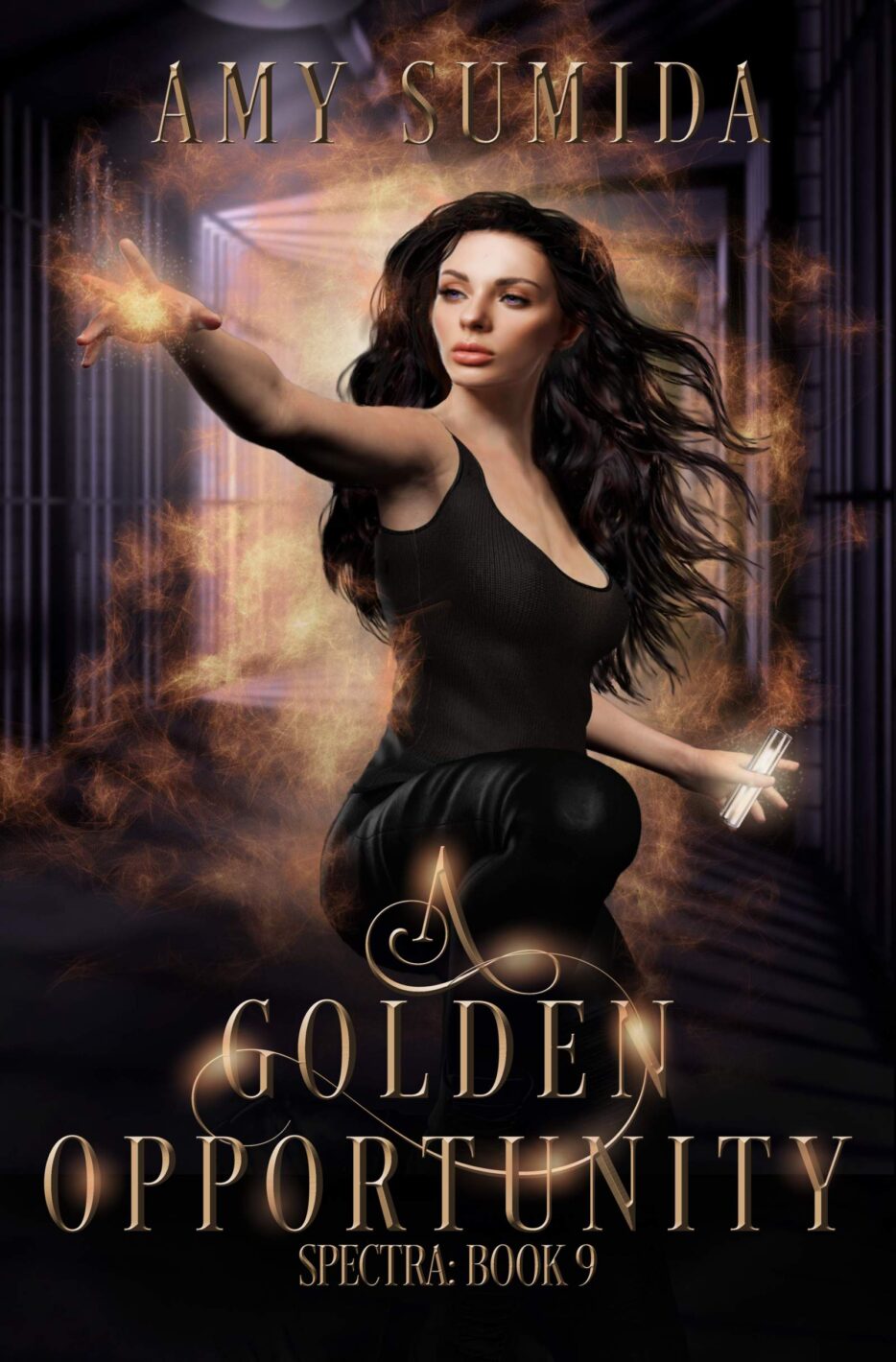 Spectra’s life is nearly perfect. She’s just moved into an incredible mansion, has four amazing men to love, and gets to hunt bad guys for the U.S. Government. Even her foster father is happy, reunited with his lost love, and Braxis, the Bleiten chief who helped Amara save Danu, is on his way back to Earth after executing one of the men who murdered her parents. But when F.E.A.R. learns about the black market auctioning of supernatural magic, Spectra is sent in undercover and her near-perfect happiness is threatened by old and new enemies alike. The destiny she once glimpsed draws closer, but Amara can’t remember what it entailed. Is this a golden opportunity to seize perfection or the tragic end of everything she loves?

The Devil’s Ditty: Book 14 in the Spellsinger Series

The Devil returns for an encore.

His fractured soul has been wandering Angelus ever since Elaria pulled it free of Lucifer but now, it’s found a way back to the physical world. As the one who released the part of Lucifer that craves only blood and pain, Elaria feels that it’s now her responsibility to destroy it. But the Devil has grown even more cunning while separated from Lucifer, and Elaria will need more than music to stop him this time. She’ll have to face her own demons and frailties—the secrets of her heart and the darkness in her soul—if she wants to stand a chance of conquering the most villainous god who has ever existed.

Listen to the Devil’s Ditty playlist, below, to hear the songs Elaria sings in the book.

In the next installment of the Happily Harem After Series, Snow White, Goldilocks, The Wizard of Oz, and Sleeping Beauty are retold with a reverse harem twist.

In the new, extended version of White as Snow, Princess Eirwen flees her step-mother with a huntsman’s help and seeks sanctuary in a mining village. There she discovers seven men who will give her the strength she needs to defeat the Evil Queen; strength of their bodies and of their hearts.

Codename: Goldilocks follows Tempest Alexander who must find fourteen missing women and apprehend an entire werewolf pack. No problem. It’s just another mission for the secret agent Goldilocks. At least, that’s what she thought. Then she met the Medvedev brothers and all thought went out the window.

Then, in Twisted, get swept away with Dorothy and Toto to a new Oz; an oppressed land ruled by a powerful wizard and his witches. Dorothy must learn to use her hidden talents to unite the elemental tribes of Oz and lead them into war against the tyrannical Wizard and his air witches.

Finally, in the new RH version of Awakened Beauty, Princess Seraphine is cursed with a sleeping spell and awakens after twenty years to find herself married… to three strangers. When her enemies learn of her awakening, Seraphine must delve into her dreams to find the love she left there. Without it, she has no hope of surviving.

Four classic tales, four brave women, and far too many sexy men to count. If you haven’t read reverse harem before, this book will convert you.

The Twilight Court Series has returned!

Out of the Blue

Eztli once believed her life was blessed. Her name in the Aztec language meant blood and blood was exactly what her god needed. It seemed destined that Huitzilopochtli should choose her to become his lover and together, they were very happy. Until the day he turned her into a monster.

Her name became a curse and her life; a nightmare. Still, she survived. She grew stronger, shedding the shackles of her old life along with her old name. Her name is Tilly now and Tilly has just been given an opportunity for revenge. After 500 years, Huitzilopochtli is finally within her grasp. But the closer she gets to destroying him, the more she wonders if it’s his destruction that she truly wants.