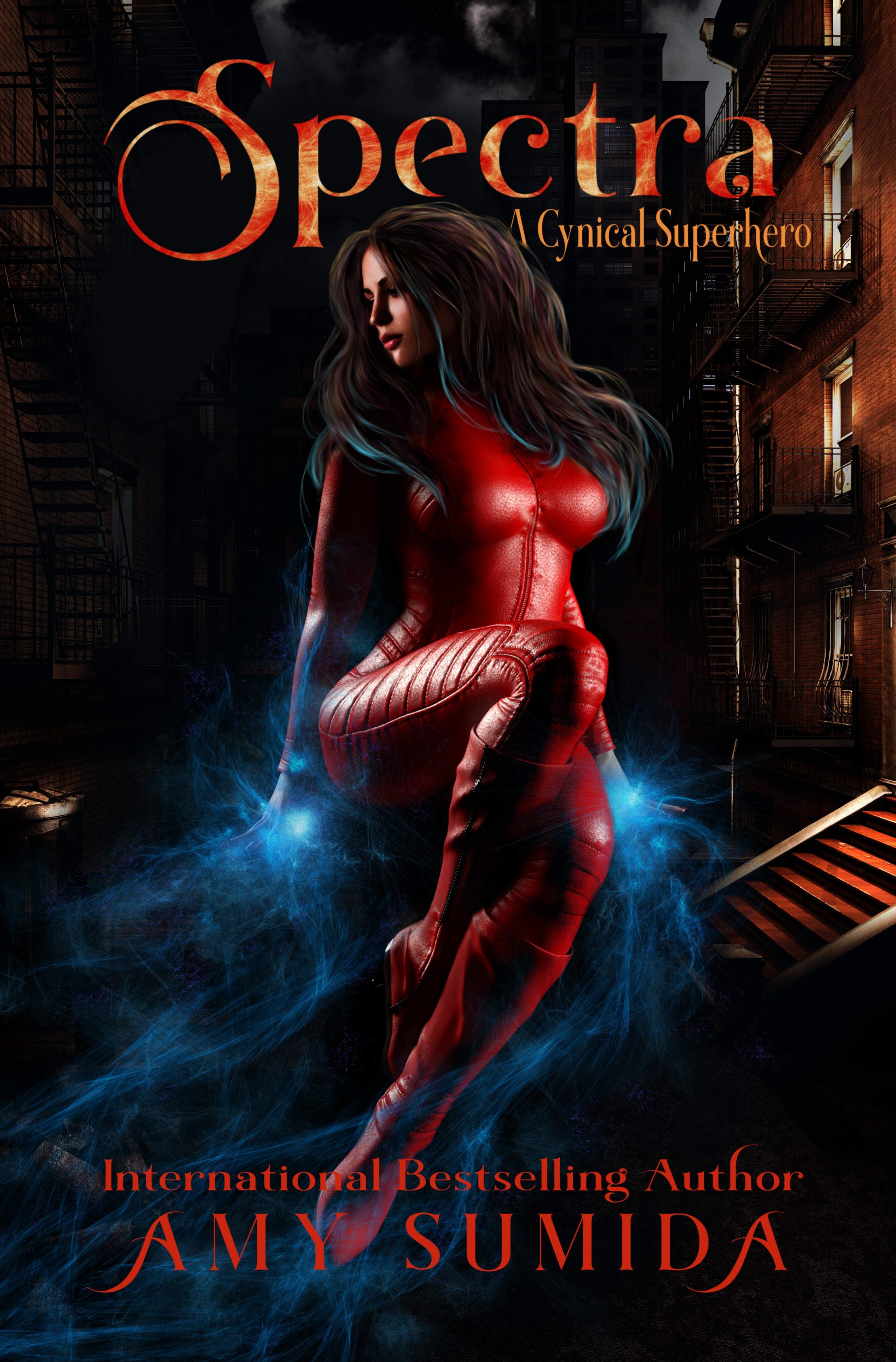 They think she’s a superhero. She thinks they’re delusional.

Amara Madison has strange abilities. She can manipulate colors; use them to create illusions, alter auras, and affect the human body in both helpful and harmful ways. She’s not alone either. Amara lives in a secret community of supernaturals in Washington DC. Some of her kind try to help humans. They call themselves superheroes instead of supernaturals. Amara thinks that’s just super-ridiculous. It’s hard enough to live as a supe among humans while trying to hold down a normal job; adding dangerous charity work to her busy schedule would be nearly impossible. But when a sexy Arc Angel warns Amara that she’s being hunted by demons, he brings to light secrets in her past that will force Amara to face the true heroism within her blood or lose herself forever.
From the best-selling author of the Godhunter, Twilight Court, and Spellsinger Series comes an exciting new take on superheroes. Grab a copy today and discover why cynics make the best heroes.

Life can be a gray area.

Amaranthine Madison is now a part of the secret, supernatural, special forces team; First Extraordinary Abilities Regiment. And FEAR has just been given their first assignment; to discover what is leeching the color from the people and landscape of a Washington D.C. neighborhood. As Amara unravels the mystery of the Gray Area she discovers startling secrets about supernatural races, magical bonds, and her own, immortal blood. These secrets could make her stronger than ever, or they could destroy everything she loves. The future for the cynical superhero has also become a very gray area.

A Compression of Colors

Book 3 in the Spectra Series

Colors can be lost in so many ways.

Amaranthine Madison is headed to Eden. Not the mythical garden but the home planet of the Triari; her newly discovered relatives. She’s hoping to settle a truce between the Triari and the Bleiten, ending a war that has raged for millennia. Mainly because she’s married to the Bleiten Prince. But she also has a partial Faulin Fusion to deal with; an intimate connection to the devious and devilishly handsome Cyprian Alexander. On top of that, the Danutians are demanding that she return to Danu and reconnect the magic she took from their prince. Spectra’s first journey off-world will take her to wondrous places but getting home may be far harder than she expects.

Book 4 in the Spectra Series

Amara’s heart has taken a beating, but she’s moving on. She’s found love again as well as a passion for her work. She’s finally accepted who she is and who she wants to be; a superhero. And just in time too. Missing women start turning up dead, their skin an alarming shade of blue, and F.E.A.R. is called in on the case. But as Spectra investigates the strange blue murders, old wounds are torn open, and she must unravel an even greater mystery; love. 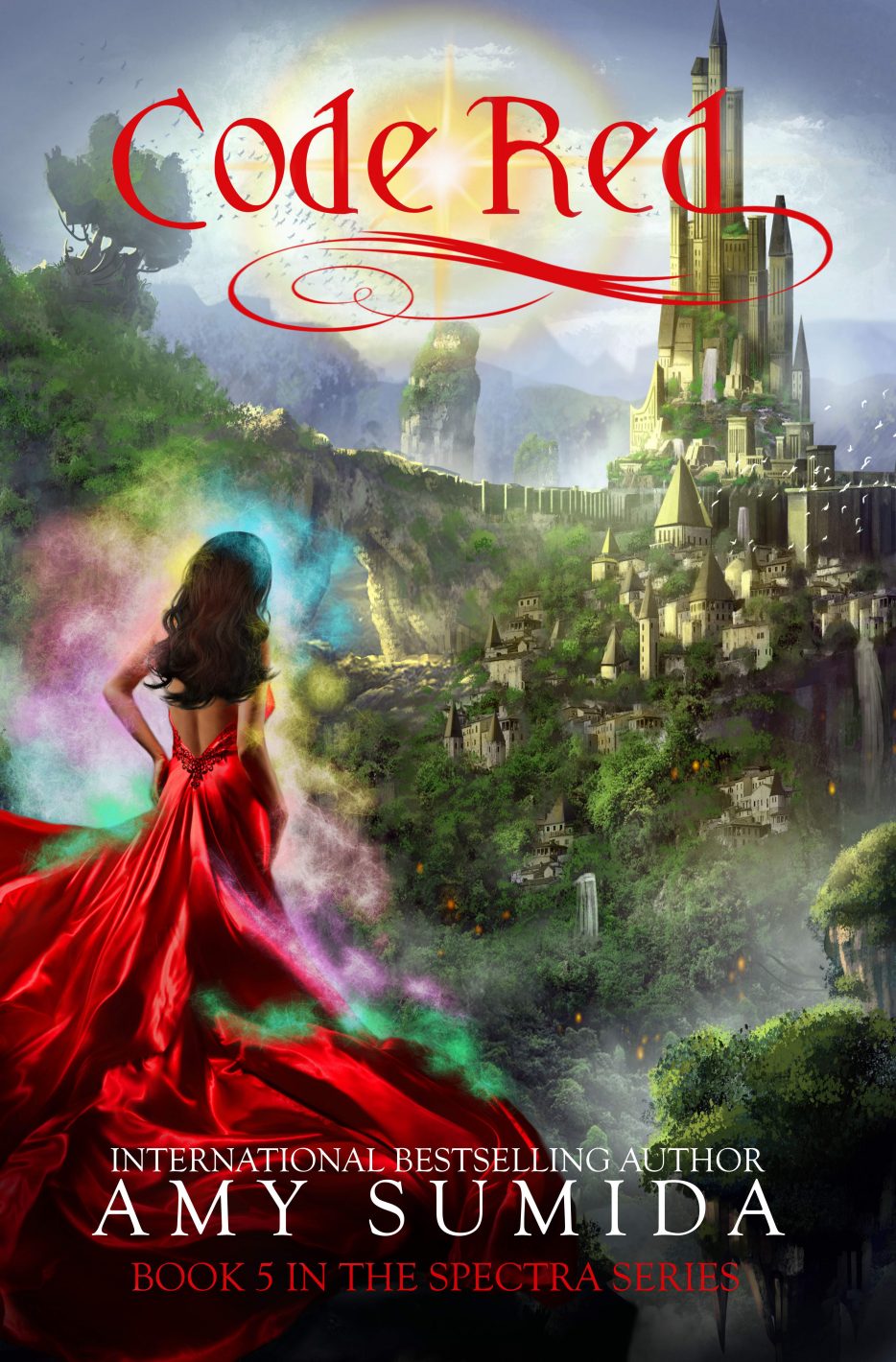 Some women fear the fire. Some women simply become it.

Ever since her parents were murdered and their home burned down with her inside it, Amara has been afraid of fire. Now, she’ll face the flames again, this time in the form of a supernatural terrorist. A supervillain with the power to burn. But the fire-starter isn’t the only one Spectra has to worry about. FEAR still hasn’t caught Phantasma, and as the flames lick higher, something just as sinister is closing off her escape. Can the cynical superhero become what she fears most in order to survive or will fire win again?