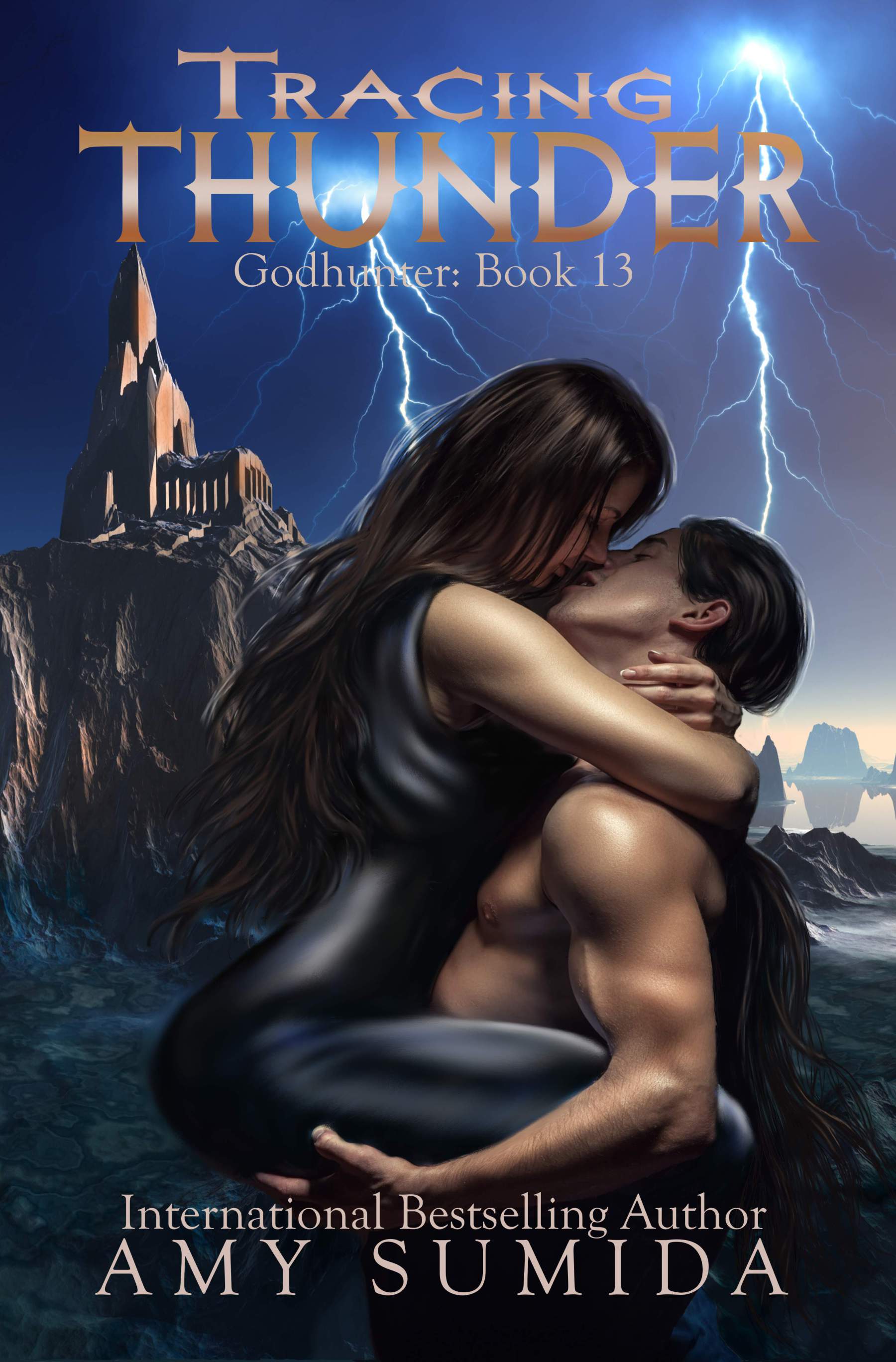 The thirteenth installment of The Godhunter Series takes us through the Greek pantheon reaching ultimate highs and surprising depths.

Ambrosia, the source of immortality for the Greek gods. It’s creation is a secret, held only by Zeus himself, and he’s held that secret over the heads of his fellow gods for years, giving ambrosia only to those who agree to serve him. Now the Godhunter has gotten wind of his monopoly on immortality and although she normally fights for humanity, this time she’s going to make an exception and fight for the gods. But Zeus isn’t the only storm brewing, Vervain is having strange visions, her nine-pointed star is behaving oddly, and something powerful is stirring in the Faerie Realm. Like tracing after thunder, the solution to all her problems seems to be just beyond her reach.

Carry on the fight with Vervain and grab your copy of Tracing Thunder!