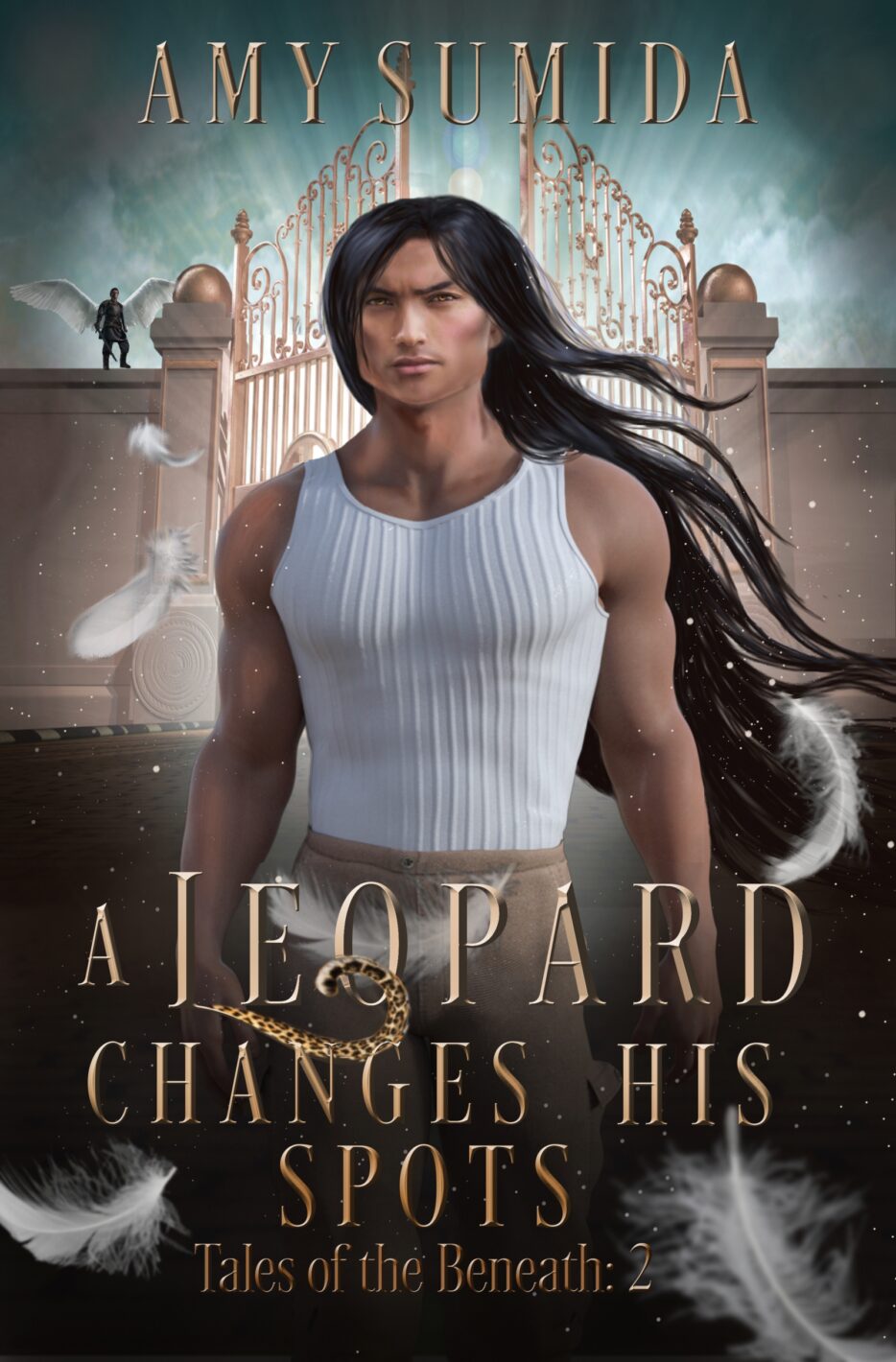 I may be an Angel, but I’m no choir boy.

When I met Bolin Tangzhou, a wereleopard tracker, I knew I had to have him. His badboy reputation to matched mine and the look in his eyes promised pleasure with no strings attached. Regrettably, our sex stars weren’t aligned, and I got called onto a mission before I could explore his talents as thoroughly as I’d hoped. The last thing I expected was for Bolin to convince me to hire him for his other talents—that of tracking. Now, we’re hunting a psychotic Angel together, chasing her across worlds and realms, trying to stop her from starting the Apocalypse. Not the most romantic way to get to know someone, and yet the longer we’re together, the more I wish we were both a little less set in our ways. Less love-them-and-leave-them and more . . . well, just more. But a leopard can’t change his spots. Or can he?

The Tales of the Beneath Series is a steamy, magical, gay romance full of shapeshifters, gods, witches, and more. Every book is a stand-alone story in a shared world, so feel free to pick and choose which to read, though they do tie in with each other in specific order. It’s a spin-off series from Amy’s award winning Spellsinger Series.