A vigilante witch hunts the gods to save the world from their manipulations. Join Vervain as she navigates the tricky world of the gods, where romance and danger go hand in hand.

Listen to Godhunter on Audible, narrated by the author! Free with new membership: https://www.audible.com/pd/Godhunter-Audiobook/B014VS6TM4?asin=B014VS6TM4

Click the pictures for detailed information on the individual books, including trailers and purchase links. They’re in reading order. 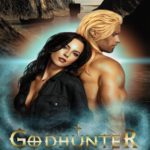 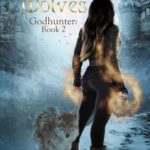 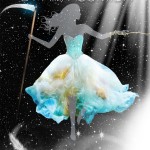 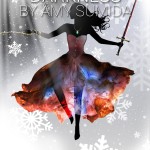 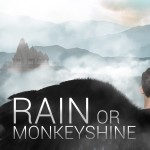 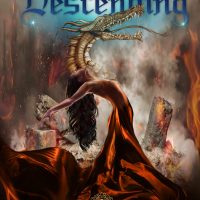 A list of all the characters in the Godhunter Series

Abaddon: The Destroyer. Angel of the Abyss, Lord of the Locusts.

Aengus: Celtic God of Love, Youth, and Poetry. He’s the son of Dagda.

Aidan: Intare (were-lion) pain in Vervain’s ass… and everyone else’s for that matter.

Aion: Greek God of Cyclical Time, the Zodiac, and the Constellations.

Akhlys: Greek Goddess of the Death Mist. Used by Eros in an attempt to murder Vervain.

Amphitrite: Greek Goddess of the Sea, wife to Poseidon.

Anubis: (Ah-new-biss) Egyptian God of the Dead. Lord of the werejackals. Son of Set and Nephthys, brother to Ma’at, great-great-grandson of Re.

Amaterasu: Japanese Goddess of the Sun.

Ananta: AKA Sesha Lord of the Nagas. Hindu.

Anteros: Greek God of Requited Love. One of the Erotes.

Aphrodite: Greek Goddess of Love, Victory, War, and Sex. Married to Hephaestus. Lover to too many men to name. Deceased.

Apollo: Greek God of the Sun. Twin brother of Artemis.

Arach: King of the Fire Kingdom. Married to Vervain, father of Brevyn and Rian.

Athena: Greek Goddess of Wisdom. Daughter of Zeus and Metis.

Azrael Morningstar: Archangel of Death. Son of Lucifer and Holly, brother to Jesus. Married to Vervain.

Badb: One of the three aspects of the Morrigan; the Washer at the Ford, the old seer.

Baron Kriminel: Vodou lwa of Criminals. Enforcer of the Gede.

Bastet: Egyptian Goddess of War. Cat-shifter, daughter of Lusaset and Re, twin sister to Sekhmet.

Besa: (Bay-sah)Egyptian Spirit of the Corn, lives in Re’s territory.

Brave Gede: Vodou lwa, Guardian of the Graveyard, member of the Gede.

Breana: Queen of the Air Kingdom.

Bres: Half Formorian and half Tuatha Dé Dannan, Bres is the son of Eriu and Elatha and once husband to Brighid.

Brid: (Bride) Celtic Goddess of Prophecy and Learning, sister to Brighid and Brigit.

Cahal: King of the Earth Kingdom.

Cid: (Sid) Warden of Ice Block One, demon, and close friend of Lucifer.

Dagda: Son of Elatha and Danu. Celtic God of Earth.

Danal: Knight of the House of Air, first fey to find Vervain in Faerie.

Dhumorna: Destroyer of All Demons, wife to Yama, mother of Katila.

Enma: Japanese God of the Underworld

Eros: Greek God of Love and Sex. One of the Erotes. Vervain killed him.

Fand: water-sidhe foster mother to Lugh and wife of Manannan.

Fenrir: (Fen-rear) Norse God of the Wolves, father of the Froekn, married to Emma.

Gede Nibo: (Geh-day Knee-bow) Vodou intermediary between the living and the dead. A member of the Gede.

Gish: (dish with a G)Afghani God of War, carries a rainbow quiver.

Green Men: Celtic demi-gods of nature, they hang out with Cernunnos.

Guirmean: (Goo-rah-man) King of the Water Kingdom, father of Morgan.

Hades: Greek God of the Underworld. Married to Persephone. Member of the God Squad.

Hedylogos: Greek God of Sweet Talk. One of the Erotes.

Hel: Norse Goddess of the Dead. Ruler of Niflheim (Norse territory for the dead who died outside of battle). Sister to Fenrir.

Hekate: Greek Goddess of Magic. Engaged to Horus. Member of the God Squad.

Hera: Greek Goddess of Women and Marriage. Married to Zeus. Mother to Ares, Hebe, Hephaestus, and Pasithea (by Dionysus).

Hestia: Greek Goddess of the Hearth and Home.

Himeros: Greek God of Desire. Son of Aphrodite and Ares. Hates Vervain for killing his parents. One of the Erotes.

Holly: AKA The Holy Spirit. Mother of Azrael and Jesus, married to Lucifer.

Horus: Egyptian God of the Sun and Moon, War, and the Sky. Engaged to Hekate. Member of the God Squad. Son of Isis and Osiris, father of Ithy, great great grandson of Re.

Huitzilopochtli: (Weet-seal-oh-POACHED-lee) AKA Blue. Aztec God of War and the Sun. Vampire God. Member of the God Squad. Married to Eztli.

Ilmarinen: The Hammerer. Finnish Forger God. Owner of Sampo the nightclub and forger of the Sampo.

Ira: AKA Famine, Horseman of the Apocalypse.

Isis: (Eye-sus) Egyptian Goddess of Magic. Daughter of Geb and Nut, wife to Osiris, mother of Horus, and twin sister of Nephthys. Great-granddaughter of Re.

Jerry: AKA Jehova, the Christian, Muslim, and Jewish God.

Jesus: AKA The J-Man, Christian God, son of Holly and Jerry, and Guardian of the GRAYEL.

Kadru: Hindu Mother of the Nagas.

Kaitlin: Human girlfriend of Ull’s, ate an apple of immortality to wait for him.

Lamiai, The: (Lah-me-eye) Greek vampiric demi-goddesses who hang with Hekate.

Leto: Greek daughter of the Titans. Mother to Artemis and Apollo.

Liatris: Queen of the House of Darkness, married to Rowan, mother of Sinnea and Baidhen.

Lucifer Morningstar: AKA Satan etc. (I’m not listing all his names). Father of Azrael and married to Holly.

Macha: (Mock-uh) One of the three aspects of the Morrigan. Fury incarnate. The red-haired goddess of Fire, Victory, Protection, and Fertility.

Manannan Mac Lir: (Ma-nah-nahn) Celtic God of the Sea, foster father to Lugh. Guardian of the Celtic Otherworld, and ferryman to the souls of the dead.

Marzana: Russian Goddess of Winter and Death. Dated Anubis only to steal goggles from Re.

Michael: Archangel and Ruler of the 4th Heaven.

Moirai, The: AKA The Fates. Lachesis the Alotter, Clotho the Spinner, and Atropos the Unturnable.

Morgan: Prince of the Water Kingdom, son of Guirmean and Lorna.

Morpheus: Greek God of Dreams, one of the three Oneiroi, son of Hypnos and Pasithea, brother to Phantasus and Phobetor. Member of the God Squad.

Morrigan: (More-ri-gahn) One of the three aspects of the Morrigan. The Great Queen or Phantom Queen. Battle Crow.

Nephthys: (Nehp-sis) Egyptian Goddess of Mourning. Daughter of Nut and Geb, wife of Set, mother to Ma’at and Anubis, great-granddaughter of Re.

Nepra: (Neh-prah)Egyptian Spirit of the Corn, lives in Re’s territory.

Nuada: (New-ah-dah)Celtic God of Healing, has a silver arm.

Odin: AKA The Allfather, AKA Oathbreaker. Norse God of the Occult. Married to Sabine in the past, now married to Vervain. Father of Thor, Balder, Vidar, and Vali. Member of the God Squad. Has two ravens; Hugin and Munin, and two wolves; Geri and Freki.

Osiris: Egyptian God of the Afterlife. Married to Isis, father of Horus.

Pan: Greek God of Nature. Member of the God Squad.

Pele: Hawaiian Goddess of the Volcano.

Persephone: (Per-sef-oh-knee) Greek Goddess of Spring. Married to Hades. Member of the God Squad. AKA Bunny-Nose.

Phantasus: (Fan-tah-sus)One of the three Oneiroi, Greek God of Illusion. Brother to Morpheus and Phobetor, son of Pasithea and Hypnos. Deceased.

Phobetor: (For-bet-tore) Greek God of Nightmares. One of the three Oneiroi. Son of Hypnos and Pasithea, brother to Morpheus and Phantasus.

Poseidon: Greek God of the Sea. Married to Amphitrite.

Pothos: Greek God of Sexual Longing and Desire. One of the Erotes.

Raphael: Archangel of Healing, Ruler of the 2nd Heaven.

Re: Egyptian God of the Sun. Vervain’s boyfriend. Father of Sekhmet, Bastet, and Shu, was married to Lusaset (deceased).

Roarke: (Roar-k) King of the Fire Cat-Sidhe, father to Hunter.

Rowan: King of the House of Darkness, married to Liatris, father of Sinnea and Baidhen.

Rudra: Hindu God of Weather. Once had an affair with Sarasvati.

Sabine: Vervain’s name in her past life when she was married to Odin.

Samael: Archangel of Death (Yes, there’s more than one) and Ruler of the 5th Heaven.

Samantha: Froekn(werewolf) married to Fallon and one of Vervain’s best friends. Mother of Zariel.

Samara: Future daughter of Vervain and Arach. Dragon-sidhe and Princess of Fire.

Samuel: AKA War, Horseman of the Apocalypse.

Sarasvati: (Sare-ras-vah-tee) AKA Sara. Hindu Goddess of Knowledge. Married to Brahma. Member of the God Squad.

Sekhmet: (Seck-met) Egyptian Warrior Goddess of Healing: Lioness-shifter, daughter of Lusaset and Re, twin of Bastet, mother of Nefertem.

Sokar: (So-car) Egyptian God of the Buried. Brother to Ptah, resides in Aaru.

Thaddeus: AKA Ted, Antichrist, Horseman of the Apocalypse.

Thor: Norse God of Storms. Son of Odin and Iord, brother to Vali, Vidar, and Balder. Prince and Guardian of Asgard. Member of the God Squad.

Torrent: Demi-god creation of Iktomi. Made of god magic and Internet magic. Dating Artemis and member of the God Squad.

Tsohanoai: (So-ha-noe-ayee) AKA Mr T. Navajo God of the Sun. Married to Mrs E, father to Naye and Toby. Member of the God Squad.

Vainamoinen: Finnish God of the Magical Voice. Part of the group from Sampo.

Vali: Norse God of Archery and Hunting. Son of Odin and Rind, adopted son of Sabine, brother to Vidar, Thor, and Balder.

Vampires: This pertains mainly to the Aztec strain, children of Blue and Eztli. They include: Ajax, William, Alexandra, and Jason.

Vervain: main character- the Godhunter. Also a Hidden-One child called Mini V for the sake of clarity, daughter of Taog and Fionnaghal.

Vidar: Norse God of Vengeance and Silence. Son of Odin and Sabine, brother to Vali, Thor, and Balder.

Zeus: Greek God of the Sky. Married to Hera, father of Athena, Artemis, and Apollo.