I’ve been asked so many times how I’m able to create intricate imaginary worlds. Every time I try to answer, I’m stumped. I don’t know how I do it; I just write what I see in my head. Once a world is complete, the steps I took to create it are lost to me. As I was starting my next series, which takes place in a fantasy world, it occurred to me that this was a great opportunity to chronicle my process and see if I can break it down into steps.
So, where to begin? 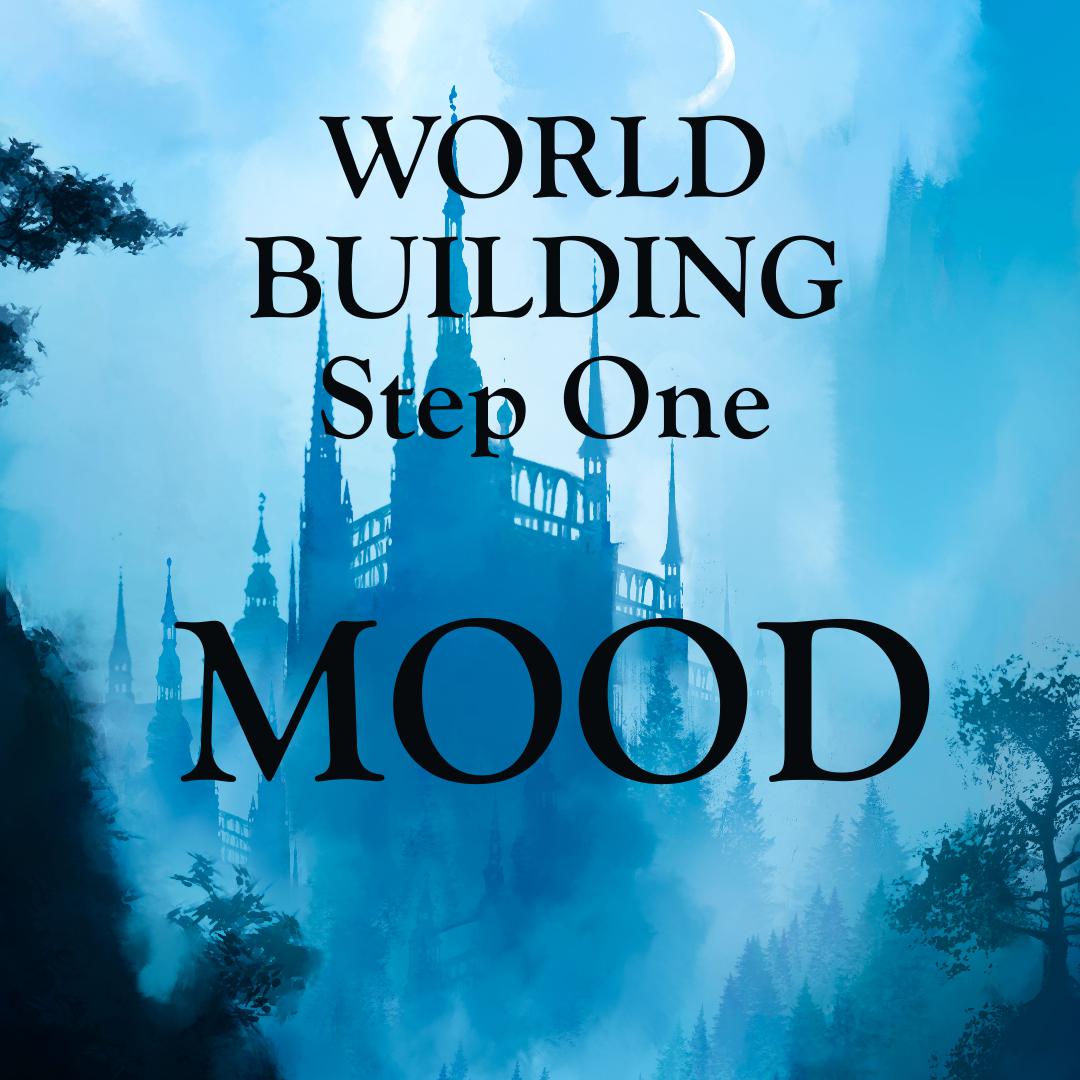 I always start with a feeling. Every world will have a multitude of environments to offer and all of them will undoubtedly present a different ambiance. But a world begins with one location. One mood. Is it dark and creepy or light and uplifting? Heavy with tension or ridiculously cheerful? For my new series, The Dragons of Serai, I wanted something gritty. My MC is an assassin so my first view of this world will be through the eyes of a hired killer. Someone who lives in the midst of a bustling city but most hold pieces of himself apart from others.

I think it’s important to remember that when you write in first person as I do. Yes, you are describing something from your mind, but you are also filtering that description through another person. You must see their world as they do in order to present their experience accurately to the reader.

So that’s where I’ve begin. The crowded city of Mhavenna on the planet of Racul, full of unusual races of immortals and mortals. A world ruled by Dragons where humans are the lowest rung on the social ladder and sometimes the only work to be had is bloody.
I can’t wait to explore! 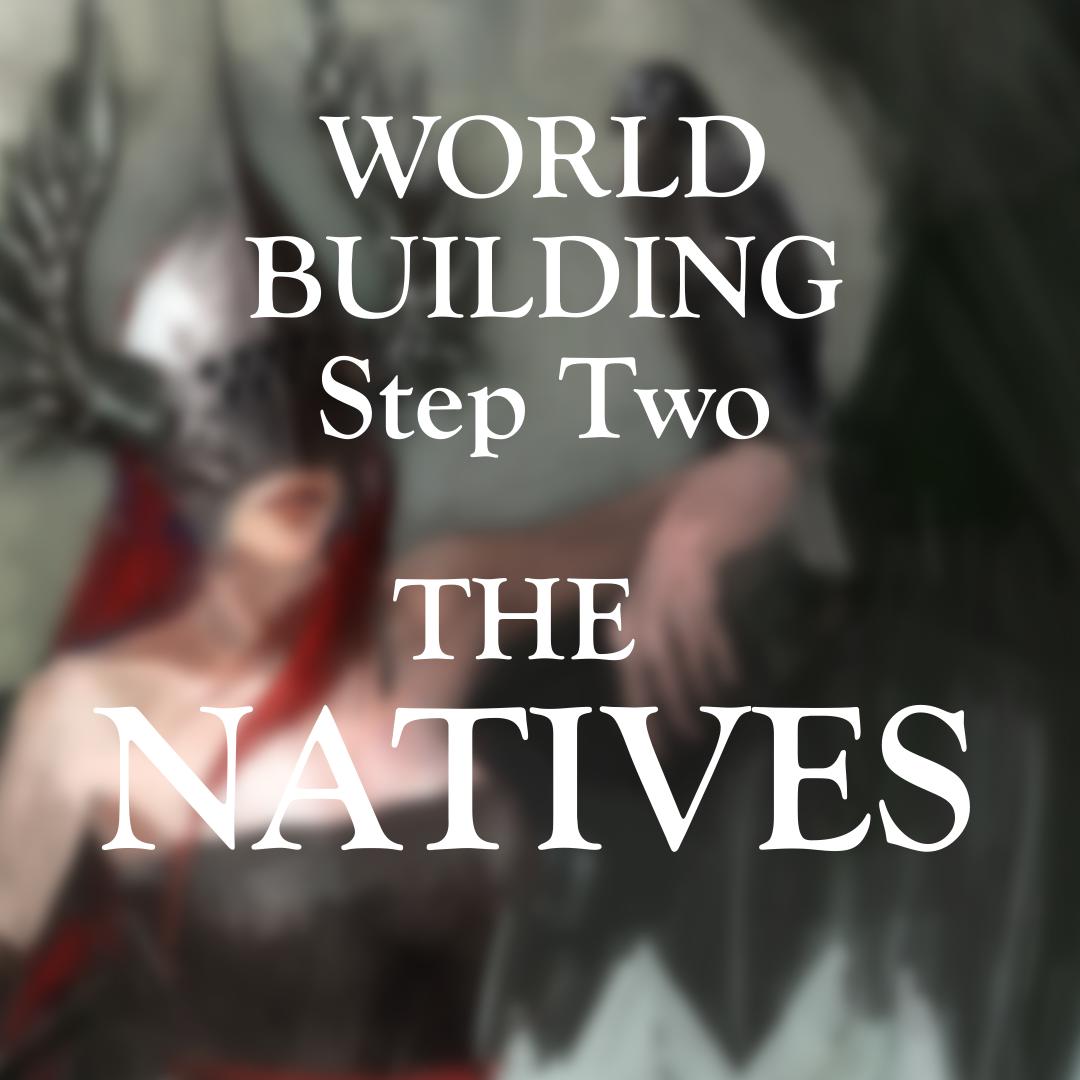 Okay, so you’ve got the mood you want and the scene is starting to unfold. You might start constructing that scene with architecture. That’s a fair path to take. I, however, think it’s better to start with the people of the world. Especially if you’re writing fantasy, the various races of your world will influence the environment. Besides, it’s the people that are going to feature predominantly in your story. And if we’re developing people, it’s best to start at the top. Who is your main character? What is their race? Are they a forest dweller or do they prefer a city? In The Dragon King’s Assassin, I began with my MC who is human and then decided who I wanted him to interact with. At first, I was went with the usual suspects of fantasy characters—Ogres, Werewolves, Fairies, Mermaids etc. The world I’m building revolves around Dragons after all; it seemed appropriate to add all these other well-known races. But once I started writing, they fell short for me. I was bored. I knew these people already and that meant I slipped into standard characters that I’d written before. I didn’t want that.

So I thought about it. I wanted one recognizable race that readers could immediately get a concept of what they were dealing with simply by the label. And I had that with the Dragons. No need to go further. Why couldn’t I have one identifiable race and then the rest be purely from my imagination? Even the Dragons would be my version of them. So I started coming up with new races and the attributes of those races helped me flesh out the rest of my world. I had begun with a crown city full of most of the world’s races and in developing those races, I learned not only that there were forests on the planet, but what type of forests. That yes, there were mountains, but these mountains were predominantly rocky peaks and that rock was gray. These are just minor examples, I don’t want to bore you with all the intricate details of my characters. The point is that with every feature you add to the people of your world, you also change your world. To make a very simple example; if you decided to have Mermaids, your world would need some type of water. So, the next step in building your world is creating its natives. 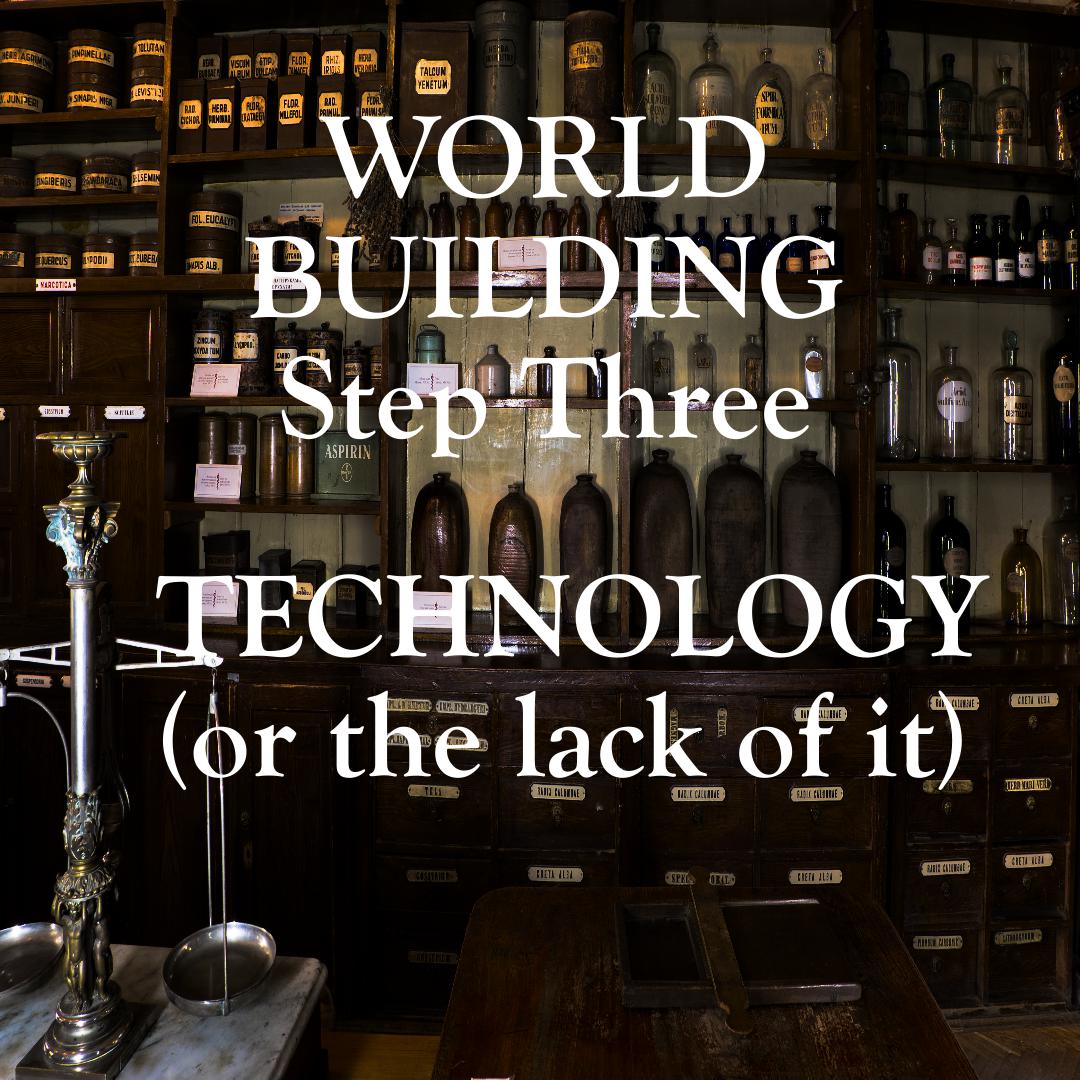 Now that you’ve got the atmosphere of your world and created people to inhabit it, you need to decide how advanced the civilizations on your world will be. Are they primitive? Somewhere around the middle ages? Equivalent to our modern capabilities? Beyond them? Or is this a world that doesn’t have a comparable time period on Earth? Perhaps you’re going steampunk. Or maybe there are several levels of advancement, depending on the race. If you go that route, you’ll need to give some thought as to why each race has different technologies. This could be a great jumping off point for stories. Maybe the races don’t mingle or are at war. Maybe they’re at war because of this difference in technology, as I did with the Demon race on the planet of Hell in my Spectra Series. My advice would be to really delve deep into the knowledge your world has as a whole and for each race that inhabits it.

Knowledge, intelligence, and technological advancement plays a huge role in what a world looks, feels, and even smells like. Will the world be full of skyscrapers and flying cars or castles and carriages? Will the weather be warm from chemical pollution or scented with exhaust? Or is the air cool and humid from the many aqueducts in use and the predominant scent that of salty sea breezes? So much information can be found in the technology you develop for your world. 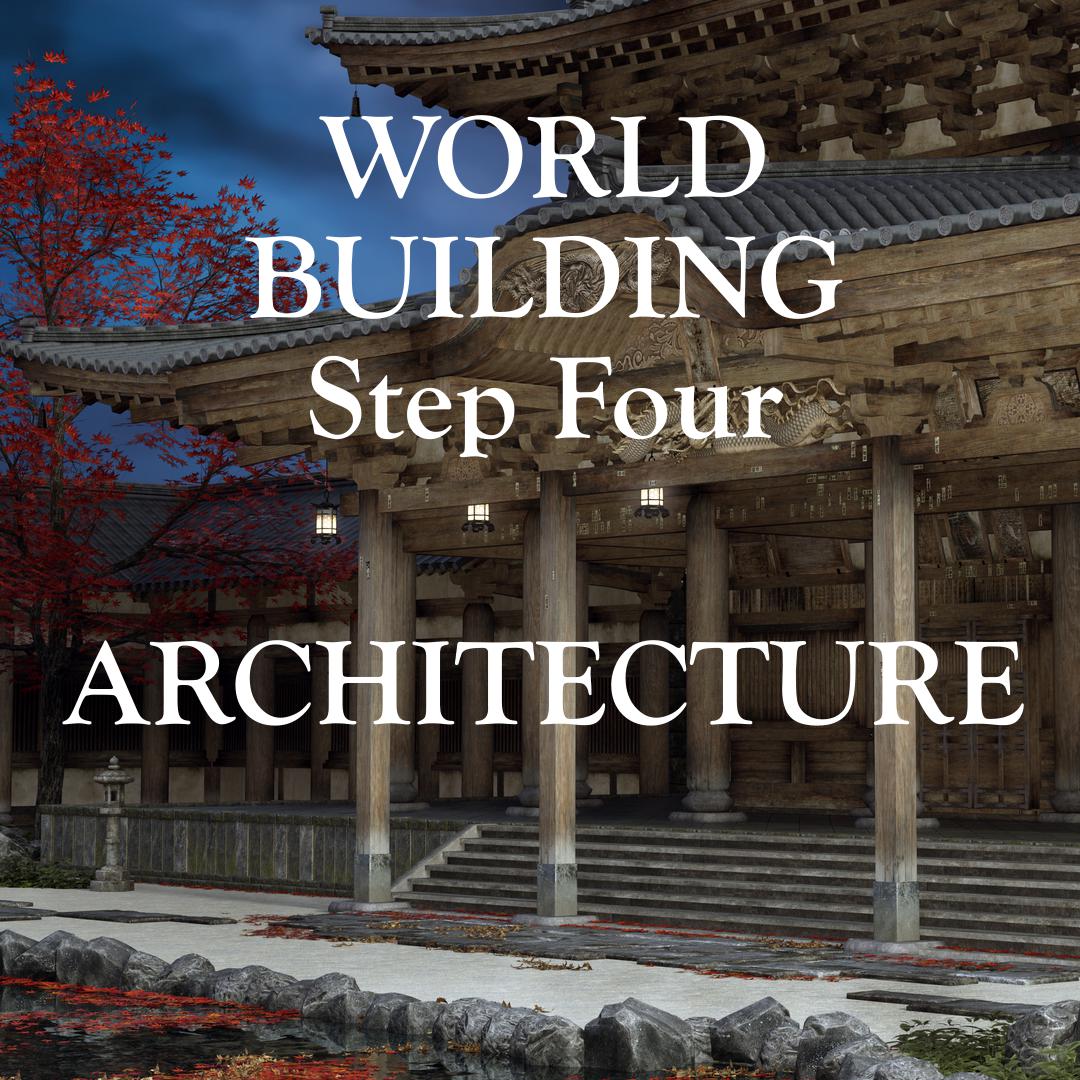 Once you’ve established how technologically advanced your world is, it becomes easier to decide on what types of buildings your world’s inhabitants will make. Advanced races will probably live in something more sci-fi, but this is your world, so maybe your advanced race has learned to live in harmony with nature. Everything you’ve decided upon previously comes into play here. If the mood of your world is dark, you’ll want architecture that feels heavy or even creepy. If you have a more lighthearted mood, cottages with thatched roofs might be a better choice. Then there are your natives. Do they have special needs? For instance, a winged race might prefer to live on higher ground or maybe even a home that hovers. They’ll need wider hallways and taller ceilings. While a race with hooves might need floors with a bit of traction so they don’t go sliding about.

Region is also important when deciding on architecture. If the area is arid and hot, you might want structures to combat that. Again, high ceilings would do well. But if the region is cold, lower ceilings would condense the heat. My advice is to find a region of Earth similar to the one you’re creating architecture for and see what humans built and why. You can still make up your own style of buildings while keeping aspects that make sense.

Lastly is aesthetic. The culture of your world’s inhabitants will influence the artistic additions to your architecture. Are your people inclined to making everything beautiful? Then even the outside of their homes would reflect that. A quick scan of architectural embellishments online should give you ideas on jazzing up the buildings on your world. Or maybe you want to go the opposite route for a more Spartan type of feel. You might want to go with clean lines and very little decoration. You don’t have to describe every detail of every building in your book but I like to pick a few key things that give an overall feeling to a place. For instance, domed roofs combined with a desert region can give an Arabic atmosphere while a colonnade can make people think of Greek temples. Pick the details that really speak to you and use them wisely. 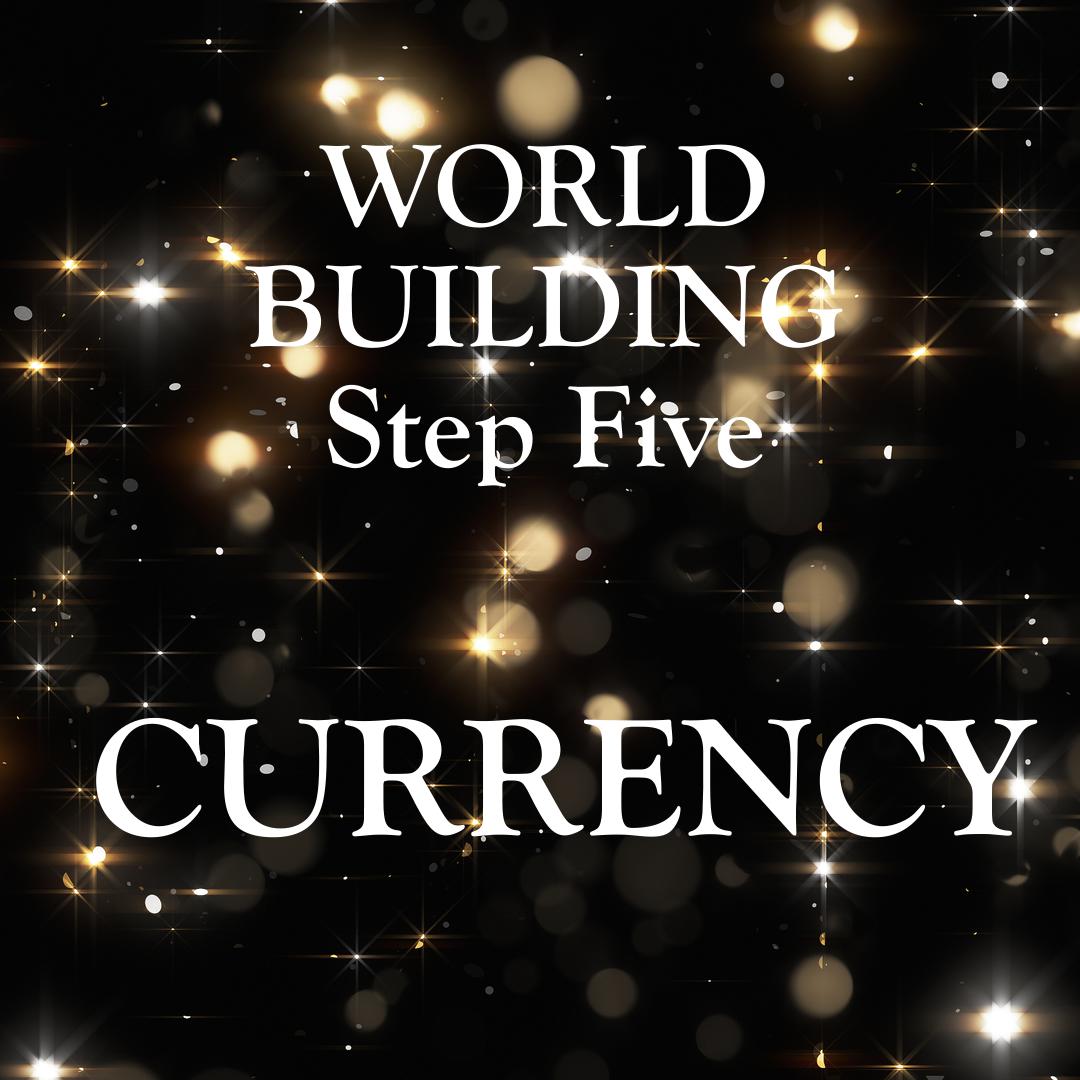 We’ve come to the final step of world building (for me). Money. Currency is important to any civilization but what you use for currency is very important. If you’re going for a fantasy feel, you might want to go with the standard coins made with different types of precious metals. This is what I did with the Dragons of Serai, and that might seem like a cop out to many people. By all means, get as creative as you want to be, so long as it fits your story. If you’re writing humorous fantasy, you could make the currency something really outrageous and it would only add to your story. The important thing here is that it make sense and not detract from your world. Coins are a common choice for a good reason—they make sense and they’re easy for most of us to relate to. If you’ve been creative with your natives, technology, and architecture, I feel as if you shouldn’t have to strain yourself about the money. As a reader, it doesn’t really matter to me. What do I care about the type of currency the characters are exchanging? Not much unless that currency really add something to the story. Perhaps the coins are minted by the Empire that runs your world and they all bear the image of the Emperor. That might be something worth mentioning. But, on the whole, I’d say to go with something easy that makes sense and be done with it. It’s my last step for a reason; it should just fall into place after you’ve created the rest of the world.

There you have it, my five steps to making a new world. I’m sure there are many things you could add to these steps, but these are the five that I feel make a complete atmosphere. Once you’ve got these five down, adding to them becomes instinctive. I hope this helps you with your world building or at least gives you some insight into my creative process. Happy writing, everyone.