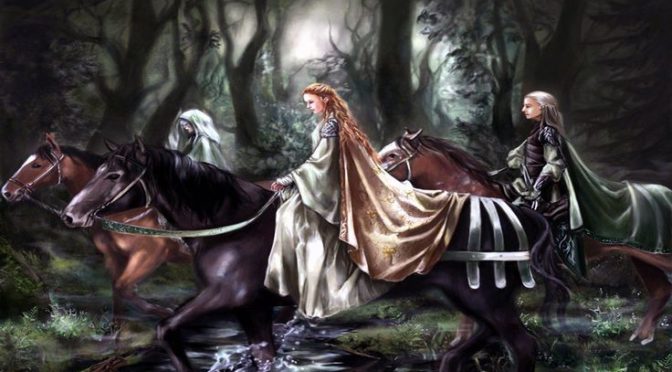 The Shining Ones are more commonly known as fairies. They mostly live within their own plane of existence, Tir na nOg (the Land of Youth). Most could physically pass for human, though some have some very unique colorings.They don’t have pointy ears or wings, and although they have a medieval-esque society, they are not ignorant of human advancements or speech. The passage of many Shining Ones through the Veil has prompted a brisk trade in human items, and a tendency to speak with human colloquialisms.

They have a complicated social structure which I will try to simplify. First you must know about the Jewel Kingdoms. All of Tir na nOg is divided into kingdoms. Each kingdom is empowered by, and connected to, a certain gemstone. Gemstones have magical properties. For example, Rose Quartz has the magic of self esteem, peace, fertility, creativity, compassion, beauty, fidelity, and love.

A Shining One is born with specific magic. It may be anything, and is not limited by nature. They could have power over love, wealth, or even the wind. It’s very random. But these random talents draw them to a very specific stone. Using the example of love, if a Shining One is born with that affinity, they could be drawn to rose quartz. There are other love oriented gemstones, so it’s not automatic that the fairy will connect with rose quartz. It’s the stone that does the calling and the choosing.

Once a Shining One connects with a stone, they can use that crystal to enhance their own magic. The stronger a Shining One is, the further away they can be from a gemstone in order to call upon its power. This is where their social ranking comes into play. The lowest ranking Shining One would need to wear a lot of gemstone jewelry so that he might connect with his stone and enhance his own abilities. Higher up, the fairy would need less jewelry. Ironically, Shining One nobility don’t need to wear any gemstones at all. And then there are the monarchs. A Shining One is given the title of King or Queen, when they are so powerful, they can fully draw upon their stone’s magic. This means that not only will their gemstone enhance their own abilities, but it will offer up all of its own magical properties for the monarch’s use. In the example of rose quarts again, the Queen of Rose Quartz may have been born with the magic of fertility, but as a queen, she can access all the other properties- self esteem, compassion, etc.

Each Shining One royal is provided their own kingdom by the stone. It calls to them, and they claim it. Upon the rare event of a death, the kingdom would go into stasis, waiting for the next ruler to be born. And so we have the Jewel Kingdoms of Tir na nOg, and all their intricate politics and magic.