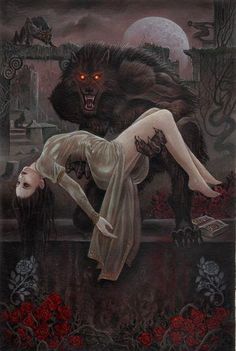 You won’t see a lot of the werewolves in the first Spellsinger book, but I thought I’d mention them simply so you’d know what they’re called in this world. They’re clannish like the blooders, but in a different way. Packish would be a better term. They have no governing councils, and no rules except what their individual packs lay down. Packs are called Howls, and each one has their own distinct howl to identify themselves with. The Howl leader is called the Kyrios (kee-dee-os) from the Greek, meaning “master” or “lord”.