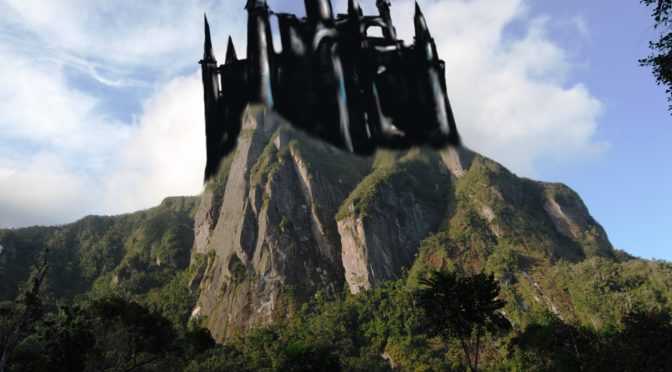 It perches high on the edge of a cliff and at the base of that cliff are treacherous rocks which hide a secret passage into the bowels of the castle. The castle holds many different types of rooms within it; from the dark and damp levels set into its foundation to the elegant and airy opulence of the king’s tower. But in the heart of the castle, on the main floor, is the midnight garden. Here, a central shaft cores the castle, allowing light and rain into the garden set within it.

It’s a garden to glorify the night flora and all the plants within it do well in darkness. The garden was built by King Dhoire in honor of his wife, Queen Rhona and now that both monarchs are dead, it has become a sort of memorial to them. All of the upper levels of the castle are open to the garden around the central shaft so that everyone can enjoy the scent of the night-blooming flowers. Even King Uisdean’s tower has a view into the garden.

Also within the walls is an ebony dining hall, numerous guest chambers, and a hall of preserved dead fey and fey creatures. But there is still more that the castle has yet to reveal to Seren, including the fact that it wasn’t the first Unseelie Castle.