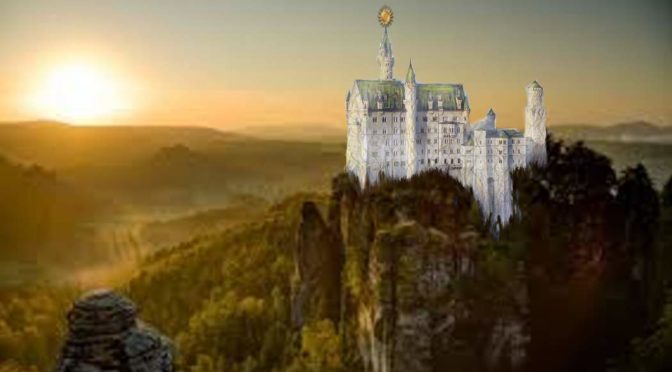 The castle of the Seelie Court is  set high atop a cliff, dominating the land beneath it. It’s built of shining white stone and topped with a gold sun. Gold metallic vines wrap around it while within its walls, the vines are natural, as are the rest of the plants which grow there.

The royal seelie family lives there, including King Marcan, Queen Iseabal, and their son, Prince Shane. They each have their own separate wing of the castle.

The castle has the look of the ultimate fairy tale castle but beneath its sparkling floors od gold-veined marble lie the seelie dungeons where once unseelie fairies were tortured mercilessly.  The seelie can be just as dangerous as their unseelie cousins and their home conveys this.

The Shining Ones also call Castle Seelie home. They rest deep within the rock which holds Castle Seelie aloft, waiting for the time when they’re needed.