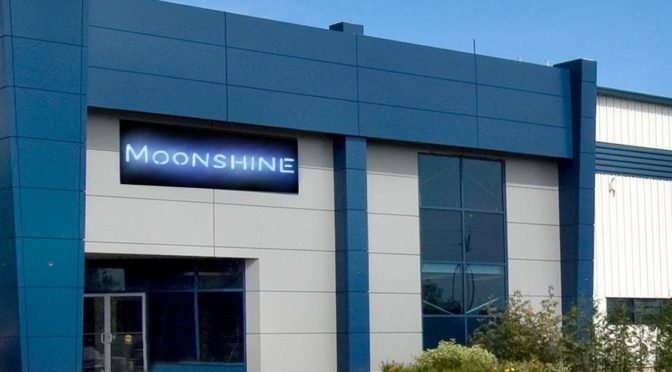 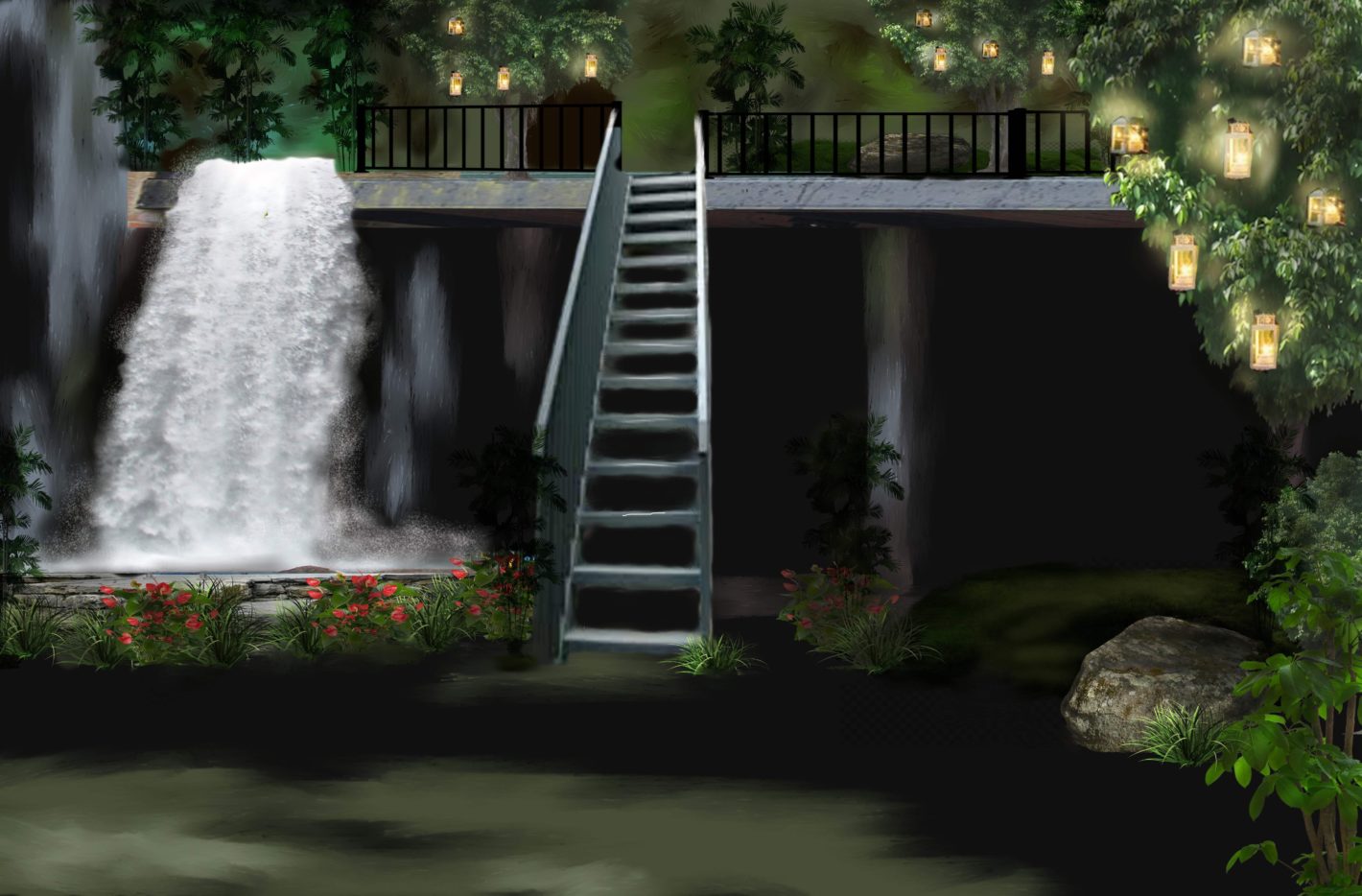 Moonshine was built by Trevor Fenrirson as a legal business that would provide non-assassin jobs to the Froekn (werewolves). Trevor built it as a goodwill gesture towards Vervain, who had expressed distaste in what the Froekn did for a living but the nightclub has become so much more than that. Moonshine caters to the magically inclined customer. This includes gods, demi-gods, shapeshifters, and witches. Faeries weren’t in Trevor’s original plans but I’m sure they’d be welcome in Moonshine after taking the binding oath that all other magic-wielding guests take before being allowed into the club. The purpose for the oath and the diligent supervision through magical surveillance equipment, is to provide a safe place for all these magical patrons to enjoy an evening out.

In appearance, it’s a unique club. Its exterior is that of a warehouse but inside you’ll find a wonderland scene of a forest under moonlight. To the left of the entrance there’s a waterfall streaming over the edge of the second floor. It falls into a stone pool on the first floor. The floor itself is covered with grass; real all the way up to a fake vinyl green dance floor. The warehouse walls are hidden by a plethora of plants and trees rise up from the floor, most are very good reproductions but some smaller real trees are placed with a good amount of real plants. Flat-topped boulders serve as tables and mounds covered in soft faux grass serve as seats. Lanterns hang from the trees, providing a fair amount of soft lighting but there’s also the namesake of the club, a large moon which hangs over the center of the club. It provides not only a fair amount of gentle light but also some magical surveillance to protect the customers.

The second floor is the VIP section and you’re only allowed up there if invited. There are a few reasons for this, the main being that Trevor likes the space reserved for his mate and their friends but there’s also access to the “Family Room” which isn’t a family room at all but a collections of small bedrooms for any vampires that might have stayed out past their bedtimes and require some sanctuary for the day (provided for a fee of course). And, at the end of this hallway of guest rooms, there’s a tracing chamber.

The second floor (reached by a metal staircase to the right of the waterfall) is much like the first, decorated in the outdoor theme, but it also boasts the only normal dining sets in the place. These eating areas are located in a row down the length of one far wall. This stretch of the second floor is narrow and has room only for the tables and a little walkway beside them. At the other end of the narrow section is another large area done in the same way as the loft across from it. Directly below this second balcony, lies the stage in the left corner and the bar towards the right.

The stage has a wooden base and is equipped with all the things a band might need; speakers, amps, microphones, and a drum set. The bands bring their own guitars. Beyond these things the stage is absorbed by the nature theme, with trees and plant life leering in around it. The bar, right beside it, is made of a long length of slate and the bar stools are tree trunks with polished seats that pivot via internal swivels. Behind the bar, is Trevor’s office, though you can’t see it if you aren’t looking for it. To the right of the bar are the restrooms. In front of the stage is the dance floor.

If you were to turn right upon entering instead of left towards the waterfall, you’d find that the wall goes straight for awhile but then ends in a corner. Around this corner is the entrance to the Wild Room. This is the room Trevor created especially for his Froekn family. Its even more of a forest than the club itself, with only natural plants, trees, flowers, and stones. Inside it is an entrance to a running track that circles the club. This track lies in a space between the outer walls and the inner club walls and loops around the entire ground floor, except where the entrance to the club is. At the club entrance, the track rises up to the level of the second floor, going back down to the first in a slope that runs right beneath the pumps that run the waterfall. If you stand beside the stream which feeds the waterfall, you can hear the wolves running.

During the day, the ceiling has remote controlled panels which can be rolled back to allow sunlight into the club to keep the numerous plants healthy and there is a complicated drainage system to deal with any water overflow. All the waitstaff and the bouncers are Froekn, Trevor insists that only family be hired since it was the whole reason for opening the club, but the bands that play in the club have been other types of shapeshifters including the horse-shifters of Dark Horses and the Intare (lion shifters) of Roar. Both bands have become famous among the god community and are helping to keep Moonshine a top nightclub in Hawaii. Among gods, it’s the most popular night spot since the Colosseum and there is seldom a night when there isn’t a line to get in.

Trevor and Vervain own Moonshine as equal partners but the club is really Trevor’s baby and he does most of the managing. However, the day to day managing is taken care of by Trevor’s younger brother Ty. Although most Froekn have given up the life of an assassin, there are still those who prefer to stay in the business. The Froekn have been the assassins of the gods for over a thousand years, it’s a hard habit to break and as far as their god and Trevor’s father, Fenrir, is concerned; killing is an honest living. That doesn’t mean Fenrir isn’t proud of his first-born son. The Wolf God has been supportive of all of Trevor’s choices ever since Vervain kicked his ass… that would be Fenrir’s ass which she kicked, not Trevor’s. Though she did that too.