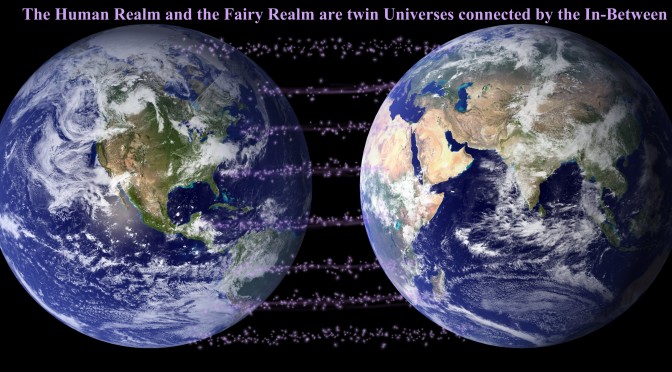 Once upon a time twins were born but these were no ordinary twins. They were the first twins ever and they were gods. A god and a goddess to be exact. They were born to rule twin worlds, the god, named Anu, was given Earth, and the goddess, named Danu, was given Fairy.  The birth took place on the sacred Isle of Danu on Fairy but once Anu received his full magic, he immediately traveled to Earth, to take his place as its guardian.

His journey created the first rath, also known as a fairy mound, and connected the twin worlds forever. The fey learned from studying Anu’s rath and then they created more raths, all over the world of Fairy. This bonded Fairy even closer to Earth until they aligned perfectly and even though their land masses aren’t the same, the locations on the planet are. If you set Fairy over Earth, the connected raths would line up.

Within Fairy there are more raths to connect the kingdoms. On land, there are three kingdoms; Seelie, Unseelie, and Twilight. Twilight was created by Danu to serve as a neutral kingdom between the warring Seelie and Unseelie. The Twilight Court is comprised of twilight fairies; a blend of both seelie and unseelie.

In the Fairy Sea, there are two more kingdoms; the Dragon Courts. They are the Court of the Nine Sons and the Court of the Dragon Kings. These kingdoms are ruled by water dragons and most of their fairies enjoy a sort of dual citizenship as a member of one of the land courts and a member of one of the dragon courts. Generally, the sea kingdoms keep out of the business of the land kingdoms.