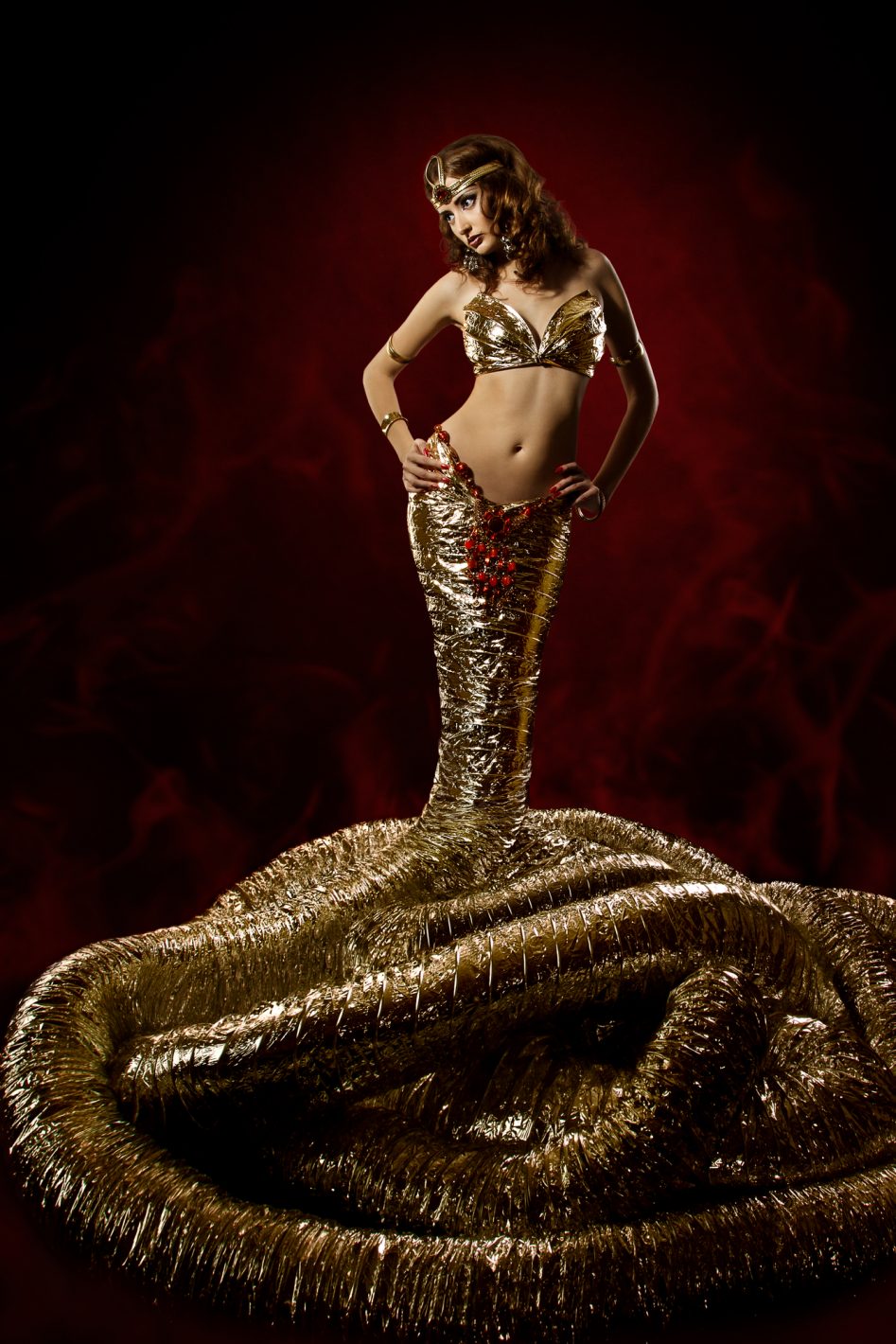 I’d first like to say that I’m in no way an expert on the Hindu Religion or myths. I have done a lot of research but it’s a complicated and vast religion with numerous stories. Which is part of what makes it so fascinating. The myths are magical tales of beings with supernatural powers and often strange appearances. The Naga are one of those wondrous races. I’ve researched them in the past but did a little refresher recently for my latest Spellsinger book, Out of Tune. I never adhere strictly to the myths, preferring to create my own version branching from them, but I do like to base my versions in the original stories. So, just to differentiate between the source and my imagination, I thought I’d share a brief summary of my research.

The word “naga” is taken from the Sanskrit word for cobra and they are referred to in Hinduism, Buddhism, and Jainism. Naga are a semi-divine—I assume that means they’re demigods—race of reptilian shapeshifter who are half cobra and half human. That’s all pretty straightforward but things get a little murky where their shapeshifting is concerned. Most of what I read said that Nagas can take either a human or a snake form. To me, that says they can be either completely human in appearance or completely cobra. However, they have been depicted in three other ways. The first is a divided form that’s half of each; usually the top half is human and the bottom is snake. The second is a human body with several snake hoods—called a canopy—above its head. I’m uncertain whether the canopy is attached or just symbolic since sometimes (in Buddhism) a dragon head is shown instead of the hoods. The third form is of a hooded cobra with multiple heads. I took the shapeshifting even further and created my own version of them—this goes back to early Godhunter books—where I gave them a werecobra form in which they have a cobra hood laid over their human head like, well, a hoodie and sometimes snake eyes, but I want to make clear that I’ve found no reference to that in the myths and I’m not claiming this shape is true to those stories. There may be such a reference—I haven’t scoured every myth and I don’t put anything past them—but I have yet to come across it.

On to their powers. Beyond the shapeshifting, Naga are known to be stronger than humans (but of course), very attractive, and have a control over water that extends to rain. I haven’t found mention of Nagas controlling or creating storms, but I believe I’m going to explore that possibility when I—spoiler alert—bring them into my Spectra Series. Likely due to their magic, they’re associated with rivers, lakes, seas, and wells. They’re also said to be the guardians of treasure. I’m not sure if there’s a dragon connection to the treasure thing but it seems plausible to me (I refer you back to the Buddhist representation of a Naga with a dragon head above it). They live in an underground city called Pata-loka or Naga-loka full of beautiful palaces adorned with jewels (probably the treasure they’re guarding). There are many supposed entrances to this city and they’re all through some form of water; either a river, lake, or well. The God Brahma sent the Naga to live underground because their race was growing too large. He also told them they could only bite evil people or those soon to die. I guess asking them not to bite people at all was too much to expect. Which brings us to their next talent.

Naga are poisonous just like cobras. Their bite can kill. It’s probably why they made such good guardians and protectors. A Naga was said to have protected the Buddha. Female Nagas are called Nagini, Nagi, or Nagin. I went with Nagini in my books just because it sounds prettiest to me. The Nagini were said to be strikingly beautiful women who sometimes mated with human men. Dynasties in India and Indochina have claimed to have a nagini at their origin.

I could go on, but I think that sums up Nagas nicely and paints a clearer picture of what I kept true to and what I embellished for the books. Once again, thank you for pondering the paranormal with me.