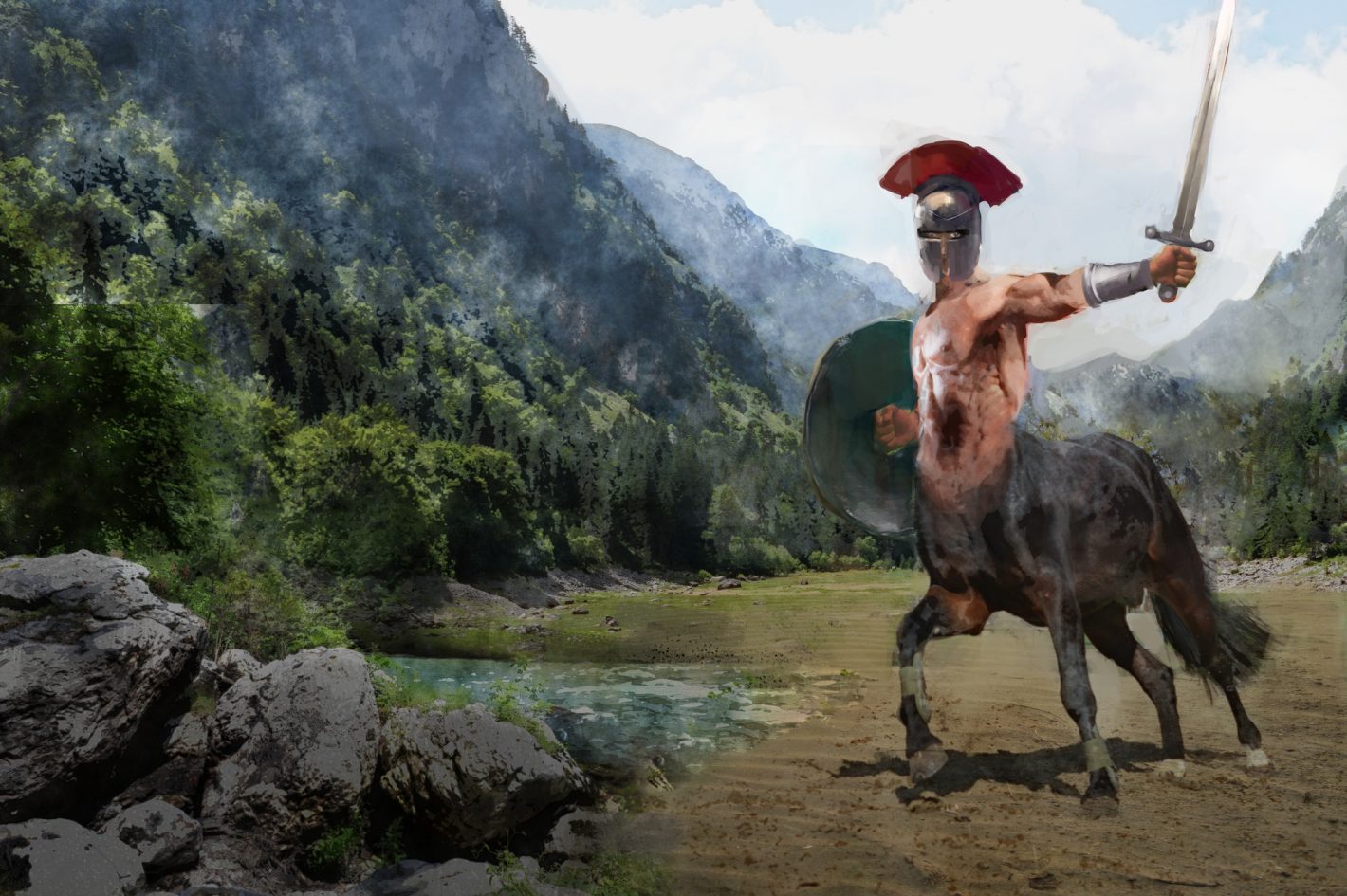 In one of the books in my Twilight Court Series, there’s a scene in a fairy strip club in which a centaur is on stage stroking himself. One of my readers wrote to me to point out that this would be impossible. It got me thinking. My first thought was that this woman has never seen a horse’s erect penis. Well, that’s not something everyone has seen so that wouldn’t surprise me. I mean, unless you live on a farm or watch the Discovery Channel, when would you see an erect horse penis. My second thought was that I wanted to prove whether or not it could be done. Here are my findings:

First, let’s consider the average length of a man’s arms. Wait, no, let’s first consider that an average horse can be from 4.6-6 feet tall. Very well, let’s go with an even height ratio and assume that a 6 foot tall horse body would have the torso of a 6 foot tall man on it. That seems accurate to me. And yes, people, we are getting scientific with this possible centaur masturbation scenario. Next, we have to determine the arm length for a 6 foot tall man. That’s more difficult. It can vary so I went with the average sleeve length for a 6 foot man and that is 34-36 inches. That sounds a bit long to me, but we’ll go with it for a mythical creature.

All right, now let’s envision a centaur. His body would merge into the front of a horse’s body, with his waist ending into the horse chest. That rounded bit at the base of a horse’s neck is actually called his breast but that sounds very feminine to me so I went with the term “chest.” Okay, now for more horse measurements. The average horse is 62.5 inches long; that’s length from head to tail, not height. One fourth of this is the head which means that the average length of a horse head is 15.62 inches. That leaves us with roughly 46.9 inches for the rest of the body. Divide that into three and we get 15.62 inches. If you look at a picture of the anatomy of a horse, you’ll see that the penis base is just in front of the hind legs, which looks to be about a third of the body of the horse to me. Therefore, I divided the horse body into thirds. Phew. Okay, so now we’ve got penis placement (where it begins) at 15.62 inches. Add to that the average length of a horses penis which can be up to 18 inches (we’ll give our centaur the benefit of the doubt; he’s obviously virile if he’s a mythical creature, right?) and you have a total of 33.62 inches. That gives us the location of the tip of the penis. Subtract that from the body total of 46.9 inches and you’re left with a distance of 13.28 inches for the centaur to cover. But wait, that’s not taking into consideration the angle. The penis would be extending in a straight line while the man’s arms would have the advantage of pivoting back at his shoulder joint AND he’d also be able to bend his torso at his belly. So, what we really need to consider is the distance between his shoulder and the penis when he’s bent double.

Well, that’s daunting. Okay now we need the average length of a man’s torso. That would be 17-19 inches. He wouldn’t get that entire length added to his reach even if he bends completely so lets take that down to an even 10 inches. So, we’ve given our centaur a reach of 34 inches with his arm and then an additional 10 inches that he can extend via bending. To judge if this length of 44 inches would be long enough to reach his manhood—horsehood, whatever—I consulted images of a horse that was measured. From his withers (top of his back) to the ground he was 62 inches. From the ground to his belly, he was 33 inches. That leaves a belly of 29 inches to cross at an angle. I’d say 44 inches would do it, especially if you take into account the penis placement which gave our centaur a mere 13.28 distance to conquer. AND, we didn’t even consider any growth that an erection would give him. Whoa, I think I need to lie down.

Would you like to have Amy’s blog delivered right to you? Sign up for her newsletter and you’ll also get a free copy of Wild Wonderland: Subscribe to Amy’s Newsletter

Subscribe to Amy's Newsletter
and get a free ebook!