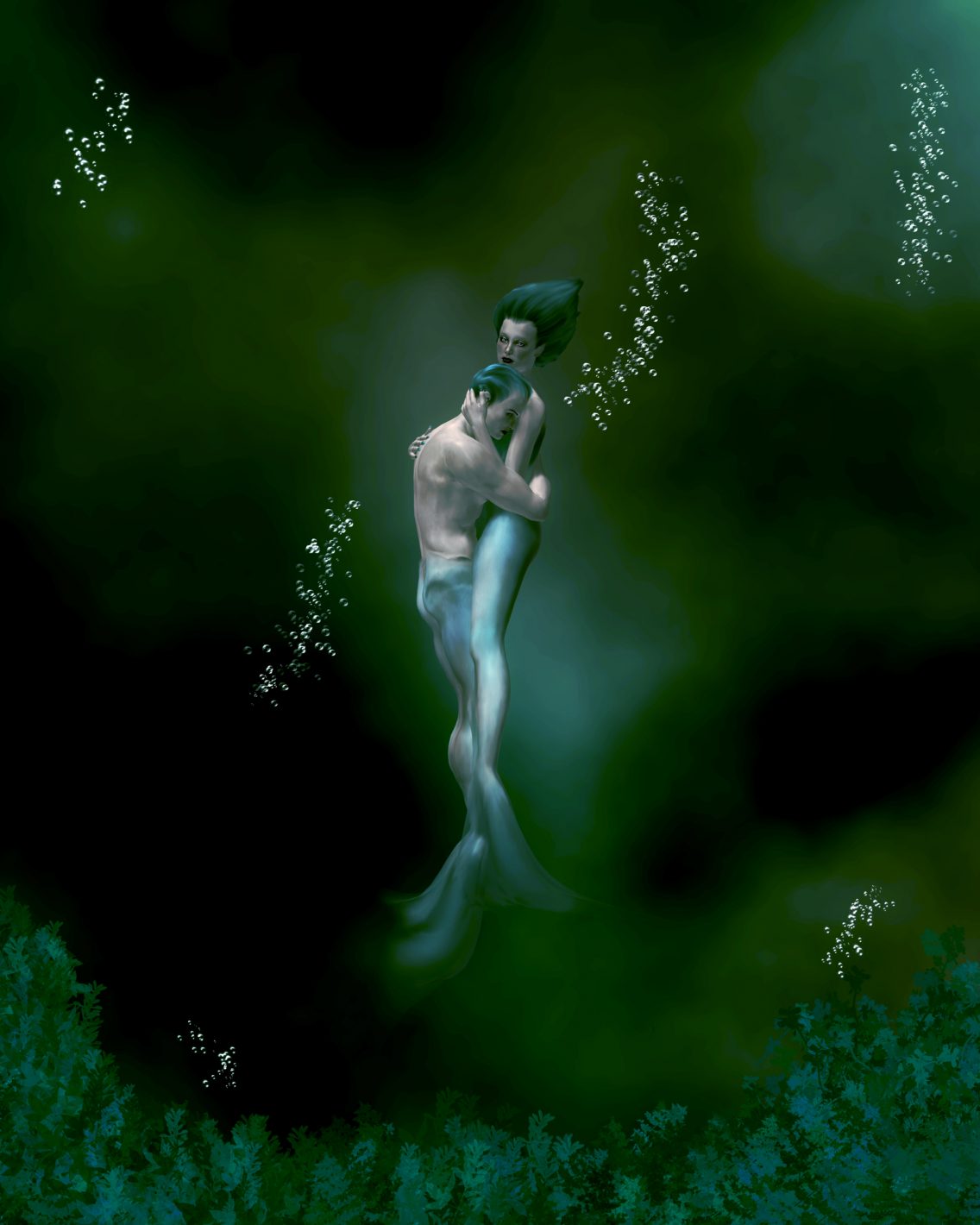 When I write about mermaids and mermen, I occasionally put in a sex scene. The first scene I wrote was done with careful consideration and a bit of research. I based my theory of mermaid sex on Nature. First let’s imagine there are mermaids. If there were real mermaids, they would have evolved from the same source as modern humans. That means, at some point, they went into the water and didn’t come out. This would make them mammals similar to dolphins except with the upper body of a human. So, I researched dolphin mating.

And I was a little blown away by what I found.

First off, dolphin sex lasts a mere ten seconds. It can happen several times a day and at any time of the year since they don’t have a mating season. Dolphins are intelligent mammals and enjoy mating just like humans; for the pure pleasure of it; thus the lack of a mating season. The sexual act itself is performed belly-to-belly. Both the male and female dolphins have slits on their lower bellies that give access to their sexual organs. Males have something that looks like an exclamation point with the anus being the dot and the genitals within the long slit. Females have a slit for both genitals and anus and then several slits for mammary glands.

Dolphin males perform courtship to win females, often singing, posturing, and bringing the females gifts. How sweet, I thought. Proof that these are incredible, intelligent creatures who have loving relationships. But wait, it gets even more interesting. Young males often form groups that swim around the ocean looking for unsuspecting females to woo together. This caught my attention. Are we talking about reverse harems here? Have dolphins been doing it all of this time? Yes, they have, and the female dolphins seem to like it. Male dolphin groups tend to have more success with the ladies.

Now, here’s where things get nefarious, and where I was seriously and deeply horrified. Sometimes, these male groups will abduct females from their pods, take that female away, and then all the males will try to mate with her. Yes, I’m talking about a dolphin gang bang. And if that female is unresponsive or unwilling, the males will sometimes attack her. Now, I don’t know about you, but that sounds like dolphin rape to me. If that’s not bad enough, no male—whether they’re sweet or not—stick around after the mating is done. They get their aquatic rocks off then take off, the wish-washy bastards, and leave the female to raise the young on her own. Females will often form pods of several females to protect themselves from males! Can you believe that? Frankly, it has put a damper on my affection for dolphins. At least the males. I feel rather sorry for the females.

With water to support sexual acrobatics and the usual human sex organs to provide pleasure, I’m sure that mermaids have a very healthy sex life that can be summed up in one word; slits. I hope that clears things up for you and maybe entertained you a bit. If you’re looking for a thorough example of mermaid sex, you can find one in my erotic novel, An Unseelie Understanding or my short story, Sea Legs (found in the Falling For Them anthology Vol. 5 and soon to be in my next installment of Happily Harem After Vol. 3) both are available on Amazon and are part of Kindle Unlimited.

Thank you for taking the time to indulge my pondering.

Would you like to have Amy’s blog delivered right into your inbox? Subscribe to her newsletter and get a free copy of Wild Wonderland! Subscribe to Amy’s Newsletter here