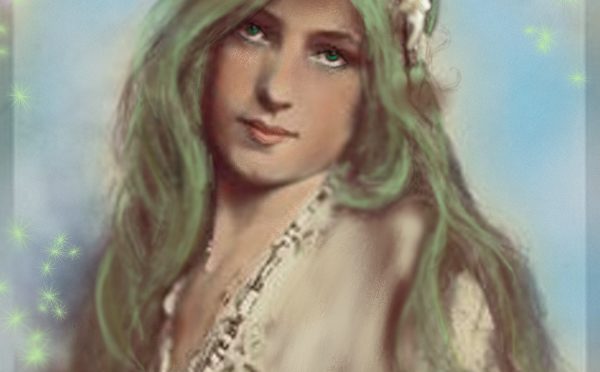 Aideen is a Night Queen, which means she’s a Twilight dryad related to the night blooming jasmine tree. Her mother was a seelie oak dryad and her father was a corrigan; an unseelie nature spirit. Aideen was raised by her mother, in her mother’s oak, until her own tree matured enough to shelter her. Her tree, a fairy hybrid of oak and jasmine, sprouted in Twilight at the moment of her birth. She was born connected to her tree but they didn’t fully bond until her mother brought her to live in Twilight and Aideen touched her home for the first time.

Aideen has a loving relationship with both of her parents. Her mother believed that a child needed to know both of their parents so instead of keeping her away from the unseelie Muir, Eibhleann took the young Aideen to visit her father often. Eibhleann is a gentle dryad but like her tree, she is extremely strong and she is where Aideen gets both her kind nature and her courage. Her father, ironically, holds a death magic, specifically cold death but Aideen didn’t inherit the ability. All she got from her father was a love for science and a curiosity for both life and death. Which is why Aideen applied to become a scientist at Gentry Technologies.

There are several layers to our Night Queen but I’ll leave them for you to discover through the books. I hope you’ll enjoy watching her bloom as much as I will.