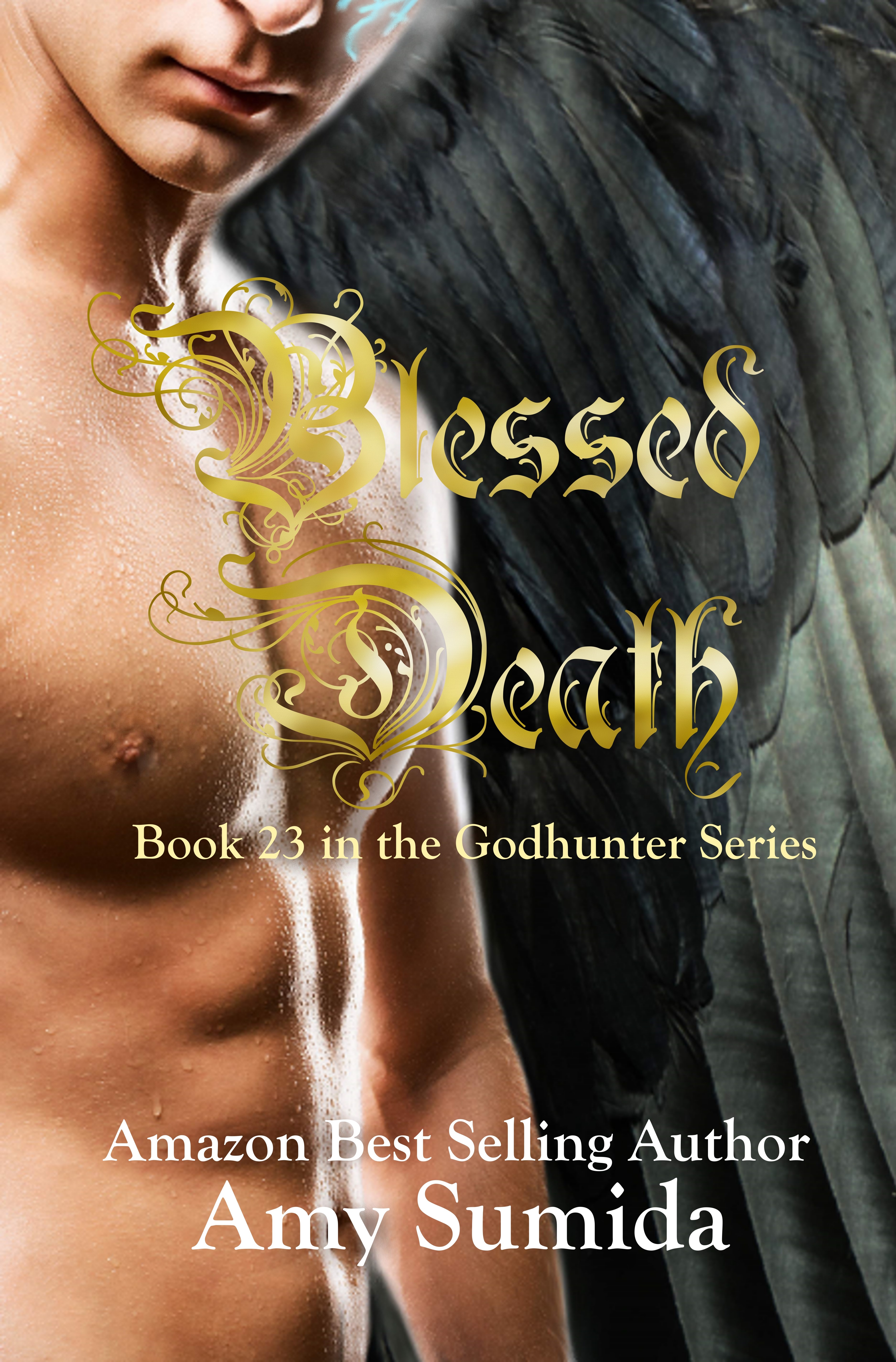 Son of Lucifer and Holly Morningstar

Azrael is the first and only son of Lucifer and Holly, the Holy Spirit. He is the Angel of Death and the Lord of Shehaquim, the Third Heaven. He had black wings, an elegant nose, lips a little on the thin side but soft, a firm jaw, sharp cheekbones, and his name in angelic script embedded into his left cheek. His eyes are usually a very pale blue but they change to a sparkling diamond when he’s using his magic. His script also glows during magic usage.

As the Angel of Death, he’s responsible for claiming souls after they die. He takes them to their appropriate afterlives and he comforts those left behind. During moments of fury or when he is punishing evil, he changes into a Death visage. His skin becomes translucent and his skull shows  bright white. His eyes darken to a midnight sky with stars instead of irises and his cries acid tears. His wings come together above him, forming a hood. He has the ability to become like a spirit and walk unseen and incorporeal, through walls etc. He can also extend this ability to those with him.

He has a loving family and was raised in a happy environment despite the fact that it was Hell. Some of his best friends are demons and because he spent his formative years around them, he has a different perspective on beauty. In fact he finds Vervain to be most irresistible when she is in her half-dragon form which is most reminiscent of a demon.

Azrael became a bit of a loner despite his upbringing. He was given a lot of responsibility at a young age and due to the amount of time he spent around humans, he began to form an appreciation for them and their art. He deeply loves all forms of creative expression but especially the visual arts. He collects paintings and sculptures from all over the world.

Despite his involvement in human art, Azrael never emerged himself in human society. He lived most of his life around humans, getting to know them intimately without allowing himself to be known. An outsider, always watching, Azrael first truly experienced intimacy when he carried Vervain’s soul to the Viking Well of Souls. He touched Vervain’s (at the time Sabine) soul and formed a connection with her that carried over into her rebirth.

Vervain’s skill as an artist is partially due to Azrael’s touch though Vervain isn’t aware of that yet. Azrael inspired her to paint and look for beauty even before she was born. When they found each other again, Vervain brought Azrael out of his self-imposed solitude and taught him how to experience the human world as a human.

As Lord of Shehaquim, Azrael guards not only the Garden of Eden with its holy rivers and trees of Life and Knowledge but also one of the entrances to Hell. There is also a place of torture within his territory that he does not approve of but puts up with for the sake of his fellow angels. In this place evil humans are tortured and a sort of angelic sacrifice is made. It’s a loophole, a way the angels discovered that could be exploited to gain power. However, it’s also a way that angels can remove evil humans from the world and keep others safe.

As the child whose birth cause the Great War in Heaven, Azrael has learned to live with a lot of scorn from other angels. He’s the son of Satan but not a demon since he had no part in the war and didn’t choose a side. Instead, the magic made him an instrument of Death but even that magic was unable to remain untouched by Azrael’s basic nature. So Death was given another aspect; Mercy. This is a great testament to Azrael’s personality. He may be Death but he is not apathetic. He is the compassionate death, the reward or the punishment that awaits us. Personally, I hope I’m good enough to get the reward but just looking at him makes me think bad thoughts.