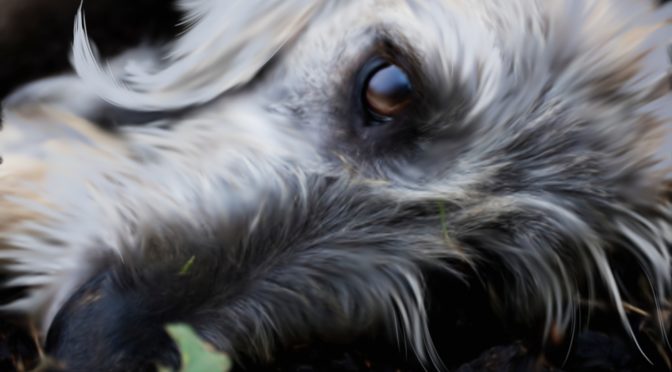 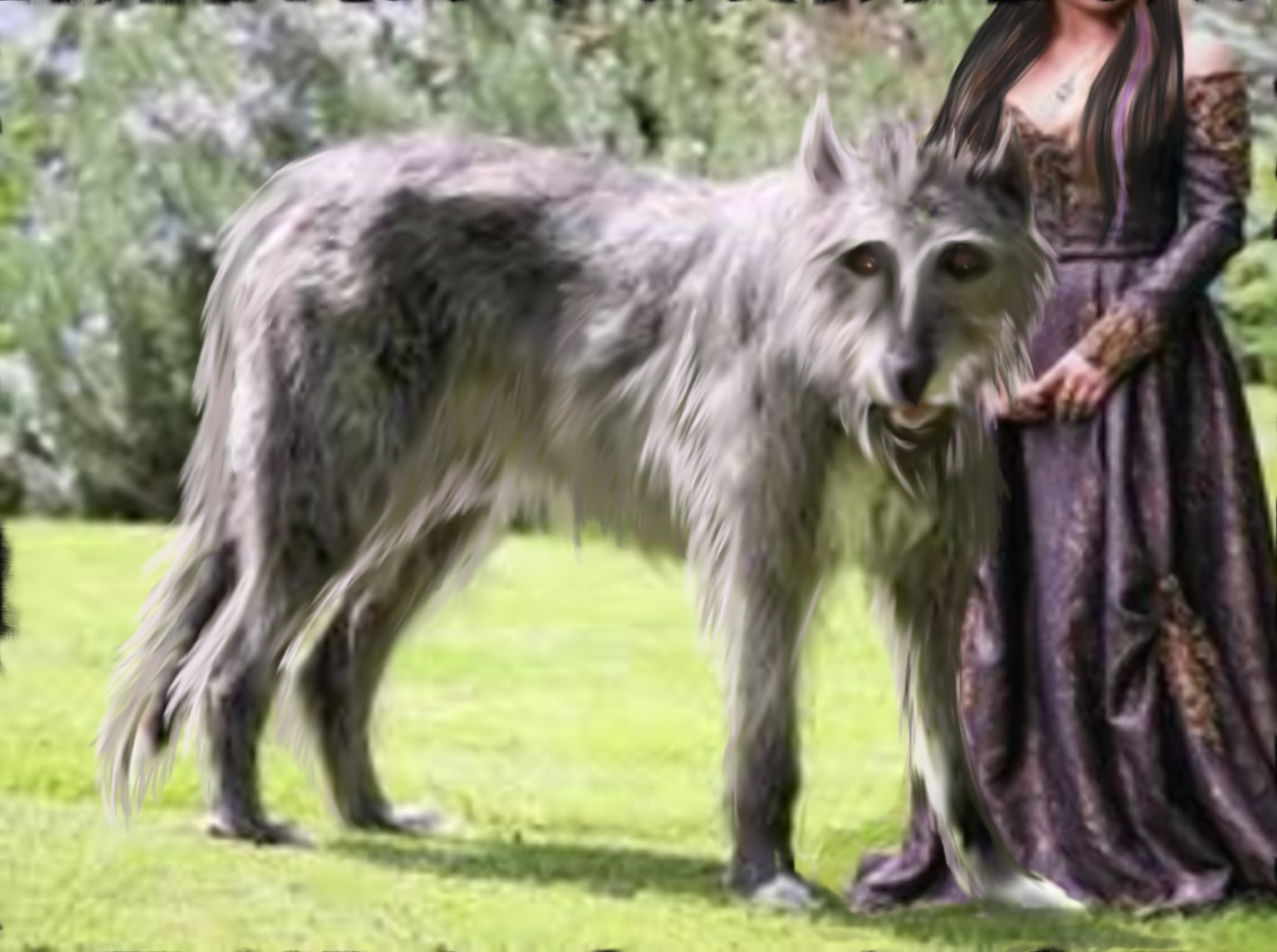 Catriona didn’t have a name before she met Seren. She was born in a litter of six pups and raised in the courtyard of Twilight Castle. She was treated well and trained to carry the twilight fey around in her horse form.  In canine form, she would wander the woods with her family and hunt in a pack as pukas do. Her life was carefree and simple.

With one calming touch, Cat felt a bond shimmer into place between her and the Twilight Princess. The world became suddenly bigger, going beyond the love of her family and her basic needs. But at the same time, it became much smaller, shrinking down to one woman.  She saw Seren as someone beyond a provider of food and shelter. For the first time, Cat knew a person.  And she loved.

This love was beyond what she felt for her mother or her siblings, this was something powerful, without a name. But then Seren gave her a name; Catriona. A name with power. With a connection to Seren’s own family. With that name, their bond was sealed and Cat experienced a unity so sublime, it’s beyond the reach of humans or fey. For Cat, Seren is more than family, she is everything. Seren is love, strength, happiness, and a path to Danu herself. There is no life without Seren. So Cat would happily give her life to save Seren’s.

Seren loves Cat just as fiercely. This kind of bond can’t ever truly be explained; it must be experienced to be known. It can’t be formed between two people or even two animals. It’s a special connection that forms a bridge across species and unites them more solidly than any other type of love can. As protective as Cat is over Seren, Seren is equally protective over Cat. They are not merely a girl and her puka, they are partners, sisters, bonded souls. They are Cat and Seren. Woe betide those who try to separate them.