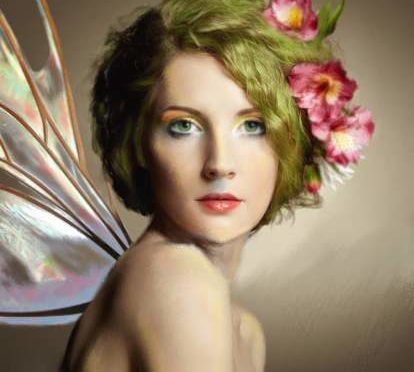 Daughter of Neala and sister to Aodh, Nighean is a sylph; a type of winged fairy. She was imprisoned in the Unseelie dungeons for so many years, her family believed her to be dead. She went through unspeakable horrors within Unseelie, enough to drive anyone insane. But the Fey are resilient beings and Nighean emerged from her trauma with an untarnished spirit. In fact, her years with the Unseelie taught her to be more compassionate. She bonded with the other prisoners in a way only shared horror can unite but along with those friendships came a look into the life of the Unseelie Court. Though she initially felt hatred for her captors, she eventually saw the similarities between the unseelie and seelie and finally began to understand that there was very little difference between the two courts. Horror and beauty abounded in both. It may seem astounding that she could feel more sympathy for the faeries who tortured her than hatred but when you view such things as an ex-torturer yourself, it takes on a new meaning.

It was difficult for Seren to believe that the sweet, kind-hearted Nighean had once been a cold, calculating warrior who had done her fair share of damage to the unseelie. But the Fey are very good at appearing to be one thing when in fact they are something else entirely. Some of the most dangerous faeries are the most beautiful ones.

But now Nighean is a revolutionary, along with her brother Aodh, leading an underground movement to unite the courts of Fairy and bring peace to their world. But peace is far more difficult a prospect than war.