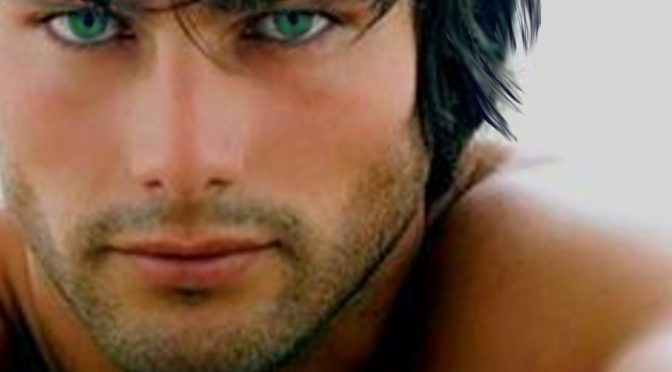 Fiachra was born to an Irish king named Lir, one of the few Atlanteans who hadn’t set himself up to be a god, and a human woman named Aoibh. After Aoibh died, Lir had an affair with a faerie named Aoife (the Celts were very close to the Fey) and that faerie became jealous of his affections for his children. She cast a spell upon Finn and his three siblings; his twin brother Conn, his brother Aodh, and his sister Fionnuala, turning the children into black swans. They stayed in swan form for many years until their Atlantean magic and human belief helped to change the spell into something a little different. Finn and his siblings became swan-shifters.

Due to the unusual circumstances of his immortality, Finn, his siblings, and their father have a sort of undefined god status. They are mythical beings who share a lot of similarities withthe gods, the biggest being their race, but they have very little god magic and must rely upon the basic spells most Atlanteans know, as well as their enhanced physical prowess to survive. As Finn has often lamented, shifting into a swan doesn’t really come in handy during a battle. Though he and his siblings did a bang up job when they killed Aoife in swan form.

To compensate for his lack of special powers, Finn has spent his life training and enhancing those physical talents he was born with. He’s an expert swordsman and boxer but he also knows when to throw out the rules and fight dirty. He’s had to rely on every trick in the book to survive in the god world. Not that he’s completely without magic. Finn can handle the basic god spells such as invisibility and when he applies himself, he can work Atlantean magic with ease. He handles himself just fine in combat and there’s not a single member on the Squad who would find him lacking.

For awhile there Finn had a crush on Vervain but this was due largely to the kinship they shared being the only two in the God Squad who weren’t fully gods. Now that Vervain has grown more powerful, Finn has found his affection waning. Plus there’s her whole romantic situation to dissuade him. Let’s just say he’s not pining away for her. No, Finn is in search of a woman to love who won’t make him feel insecure about his magic. It may sound petty but magic is a sore subject for Finn and the last thing he wants is to feel inferior to his wife. I have hopes that he’ll find the perfect woman someday but until then, Finn will just have to settle for powerful goddesses.