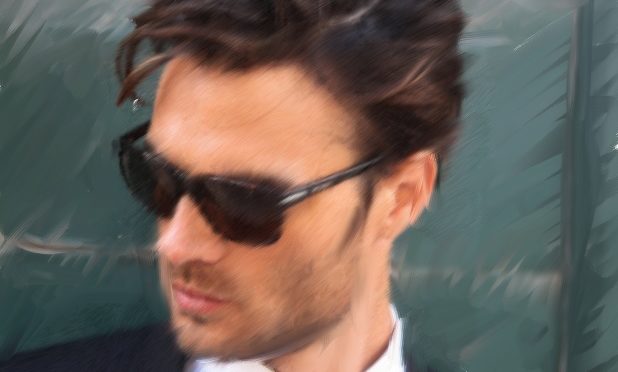 Hades, Lord of the Underworld

Greek God of the Dead

Eyes: clear brown with the fires of Hell behind them

Hades looks like your average hot guy, until he removes his sunglasses. Then you get a glimpse of the territory Hades rules. Normally, he keeps his shades on, so as not to scare everyone he meets. His clean-cut looks and boyish smile are the perfect cover for the ruler of the Greek Underworld. But also, a perfect representation of the man he is, when he’s with his wife, Persephone. Without her, the God of the Dead emerges.

Then he took a jaunt upstairs and saw a young goddess arguing with her mother.

From the glimpse we get of Persephone early on in the Godhunter Series, we’re led to believe that she was a bit of a pushover, always giving in to her mother’s demands. But that’s not true at all. She wouldn’t have been able to overcome her submissive ways so quickly and so completely, if she hadn’t had the soul of a fighter to begin with.

When Hades first saw his wife, she was arguing with Demeter over the placement of an orchard. Her cheeks were flushed with anger, her foot stamping like a child’s, but there was the first blush of womanhood upon her, and a strength that her mother was determined to stamp out. She lost the argument, but after Demeter smugly left, Persephone raised that orchard exactly where she wanted it.

All his life, he’d been attracted to overtly sexual women. Love goddesses, sirens, and fertility spirits. Now here was this girl-woman with lips made for kissing, and an innocence that suggested she’d never even thought about sex before. Hades stepped out of the shadows, into Persephone’s light, and was changed forever.

Now he’d be lost without his wife. She’s the only thing between him and insanity. The only one keeping the stretch of eternity in Hell from becoming a nightmare. Under her loving hands, Hades gentled into the man he is now. He let go of the dark desires that drove him, exchanging them for the sweeter indulgence of his wife. He works less and loves more. But that doesn’t mean he’s harmless.

The fires of Hell still rage behind his glassy irises, and those who dare to challenge the Lord of the Underworld will discover how hot those flames burn.