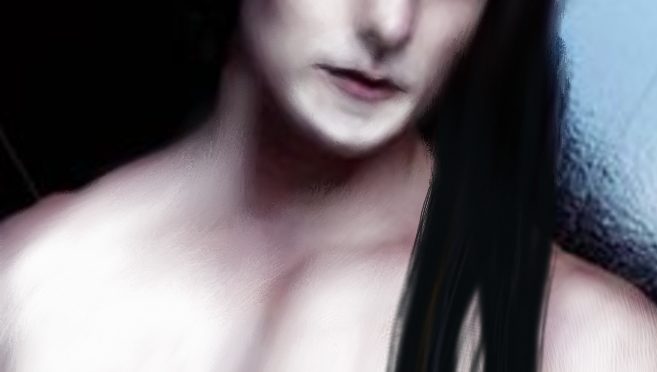 King Uisdean Thorn of the Unseelie

King Uisdean, pronounced OOSH-jan, was born to King Dhoire and Queen Rhona of the Unseelie. He was the first born son, followed by his brother Dylan and then his sister Moire. He has one half-brother, born of his father and the Seelie Queen; King Keir.

Uisdean is one of those complex characters whom you believe to be evil until he does something which makes you realize that there may be more to him than that. He is capable of the most heinous deeds but only because he loves his people enough to do anything for them. His love for his family is not as simple as that for his kingdom and its people. Moire is probably the one he understands the most, whereas Dylan, whom Uisdean views as a traitor, he cannot fathom. Uisdean will never be able to understand why Dylan would leave his power and position in the Unseelie Court to work (gasp) for their half-brother in the Human Realm (gasp). As far as King Keir goes, Uisdean thinks he know Keir well but he’s slowly learning that many things he took for granted about his little brother are false.

The love of Uisdean’s life was his wife, Queen Rue. She was killed during the Fey-Human War, as was Uisdean’s parents. These deaths poisoned his views on humans and much of the animosity he shows Seren has to do with the loss of the three fairies he loved the most. Unfortunately, his union with Siuna never produced children, a fact which Uisdean deeply regrets. The throne, unless Dylan chose to return, would pass to Uisdean’s nephew, Bress, if Uisdean were to die. And this is yet another regret that tears at Uisdean.

So you see, Uisdean is a villain but one who may redeem himself in the end. We’ll just have to see where Danu leads him.