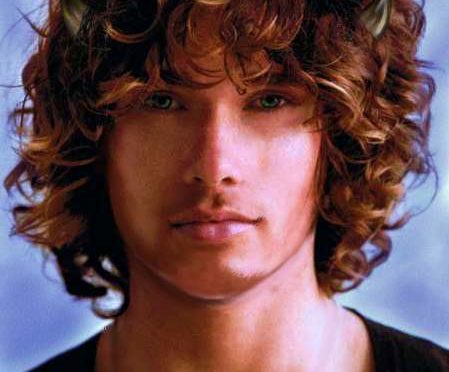 Hair: curly brown (with horns hidden among the curls)

Pan doesn’t have much of a relationship with either of his parents. They’re both kind of flighty people. But they did pass down a carefree attitude to their son. This lack of a strong parental influence inspires an opposite emotion within Pan and he loves children, secretly longing to become a father, though he’s never found the right woman to settle down with.

He’s been friends with Horus since Atlantis and although he seems to have an antagonistic relationship with the Egyptian god, they’re secretly best friends. In fact, Pan has a lot of secrets which shall soon be revealed. There are depths to the laughing god which will surprise you.

Also of note is that Vervain once looked on him with her all-seeing goggles. Under these lenses, Pan’s true visage was revealed, his Atlantean appearance. He is much taller and wider through the shoulders with thick muscles. He has a high and regal brow, a long and proud nose, intense unnatural green eyes, and long straight brown hair.