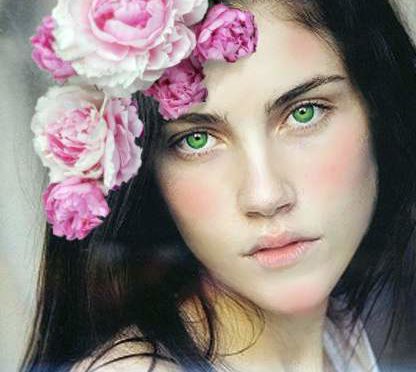 Persephone has grown a lot since meeting Vervain. Previously, she was under the thumb of her mother, Demeter. She spent her life going back and forth between Demeter’s territory and Hades’, like a child with divorced parents. Her mother treated her like a child and so Persephone kept a very child-like mentality. But beneath that innocence lies a strong-willed woman who just needed a little nudge to emerge.

Persephone loves deeply and true. She has never been with anyone but Hades and wouldn’t have it any other way. Hades was her childhood crush, then her lover, and finally her husband. As much as she may appreciate the beauty of other men, there is no man alive who could compete with Hades in her eyes.

Hades made Persephone Queen of the Underworld and even though she has a sweet demeanor, she knows how to rule. Cross Queen Persephone at your own peril. The power to make things grow may not seem like a dangerous magic but it can be, at least the way Sephy uses it.

The only creature who can come close to competing with Hades for Persephone’s affections is Princess, Sephy’s Pomeranian rescue dog. Persephone didn’t choose the dog’s name but she sure took it to heart and Princess rules the Underworld palace as if she truly were Sephy’s daughter.

Between ruling the Underworld, helping the God Squad, and keeping both Hades and Princess happy, Sephy also fits in the time to run a business. Her landscaping company is called Little Western Flower (a reference to Shakespeare’s A Midsummer Night’s Dream) and it’s rated one of the top landscaping companies in the country (go figure).

Yes, Bunny-Nose likes to keep busy but her most favorite past time is snuggling with her husband. Hades, aka Sizzle-Butt, is one of the hottest gods around. So I can’t really blame her.