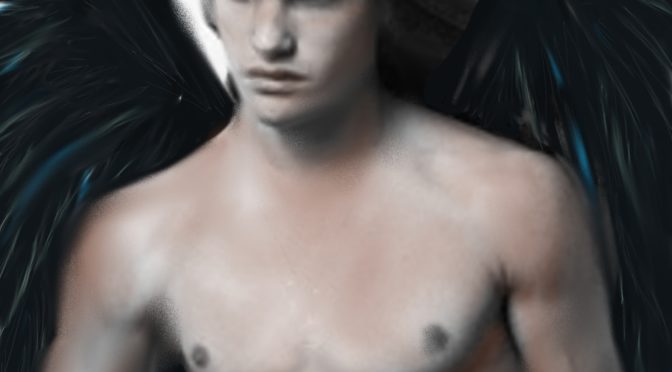 Rayetayah is dragon-djinn, unseelie sidhe, and seelie sidhe. He was the first raven-mocker born, a mix of dragon and raven. He is a twilight fairy but his mother raised him among the Cherokee until he was 16. Then he was taken to the Twilight Court. Rayetayah describes his going to Twilight like winning the lottery. He was considered one of the blessed and King Keir himself welcomed Raye to Court.

Rayetayah lived among the Twilight till he was fifty-six years old and other raven-mockers were born in the Human Realm. Then he asked to return to HR to help his new race. He soon became a leader to his people.

Both of his parents still live; Raza in Fairy and Ayita in HR. Ayita lives close to her son but stays out of raven-mocker business, preferring to let her son handle his people. She focuses her energies on being a part of the Cherokee Nation, though technically she isn’t Cherokee. She’s lived among the Cherokee for so long that she feels she is one of them.
Rayetayah has never been married, though he has had numerous human lovers and a few fey too. He likes humans best, probably a result of his early years, but relationships with them become complicated and inevitably end in heartache for him. Perhaps he’ll change his mind someday and find a fairy to love.