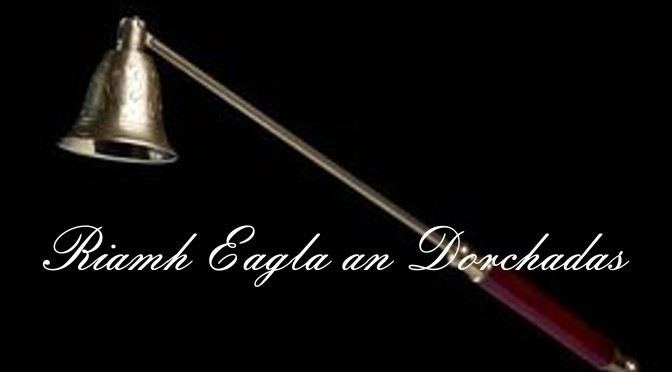 In Ireland, there was once a great war between the humans and the fairies. It looked as though the fey had the upper hand. It’s difficult to fight an enemy who can turn invisible. But then five psychic  families, who were able to see past the fey glamour, banded together and drove back the fey.

The war became so bloody, with so many casualties on both sides, that a truce was finally called.   The truce included laws that each race would adhere to and to enforce these laws, two military orders were created; the Wild Hunt and the Extinguishers.  The Wild Hunt was formed of fairies, the most gifted warriors of their realm. The Extinguishers was formed from the five psychic families who fought in the war.

The Five Families are; Sloane, Teagan, Kavanaugh, Sullivan, and Murdock.  They intermarried and through the years they strengthened the psychic gifts in their blood. It became a tradition that extinguishers should only marry other extinguishers to continue to strengthen the bloodlines. So the Extinguishers as a whole became a secretive and solitary group, rarely socializing with the humans they are trained to protect.

Family units are usually close-knit, with training beginning in the home at a very young age. Upon maturity, a child is sent to train at a Council House but after graduation, they have the option of returning back to their family to take assignments as a unit.

Assignments vary from investigation to extinguishment. Extinguishment being the execution of a fairy.  These are issued only after guilt has been determined beyond a doubt. Then an Extinguisher will track down the criminal fey and kill them.

Council Houses serve as both a training facility and a base of operations for the Extinguishers. There are council houses in every major city around the world and each extinguisher is assigned one of these council houses to report to. Orders of Extinguishment usually come from a human council house but on rare occasions, they can be issued from a fey council house.

The symbol for the Extinguishers is a candle snuffer and their motto is: Riamh Eagla an Dorchadas. In English, it translates to “Never fear the darkness”. It has been theorized to have several deeper meanings, with “darkness” pertaining to everything from  extinguishing a fairy’s light to darkness within oneself. No one remembers the true meaning anymore.