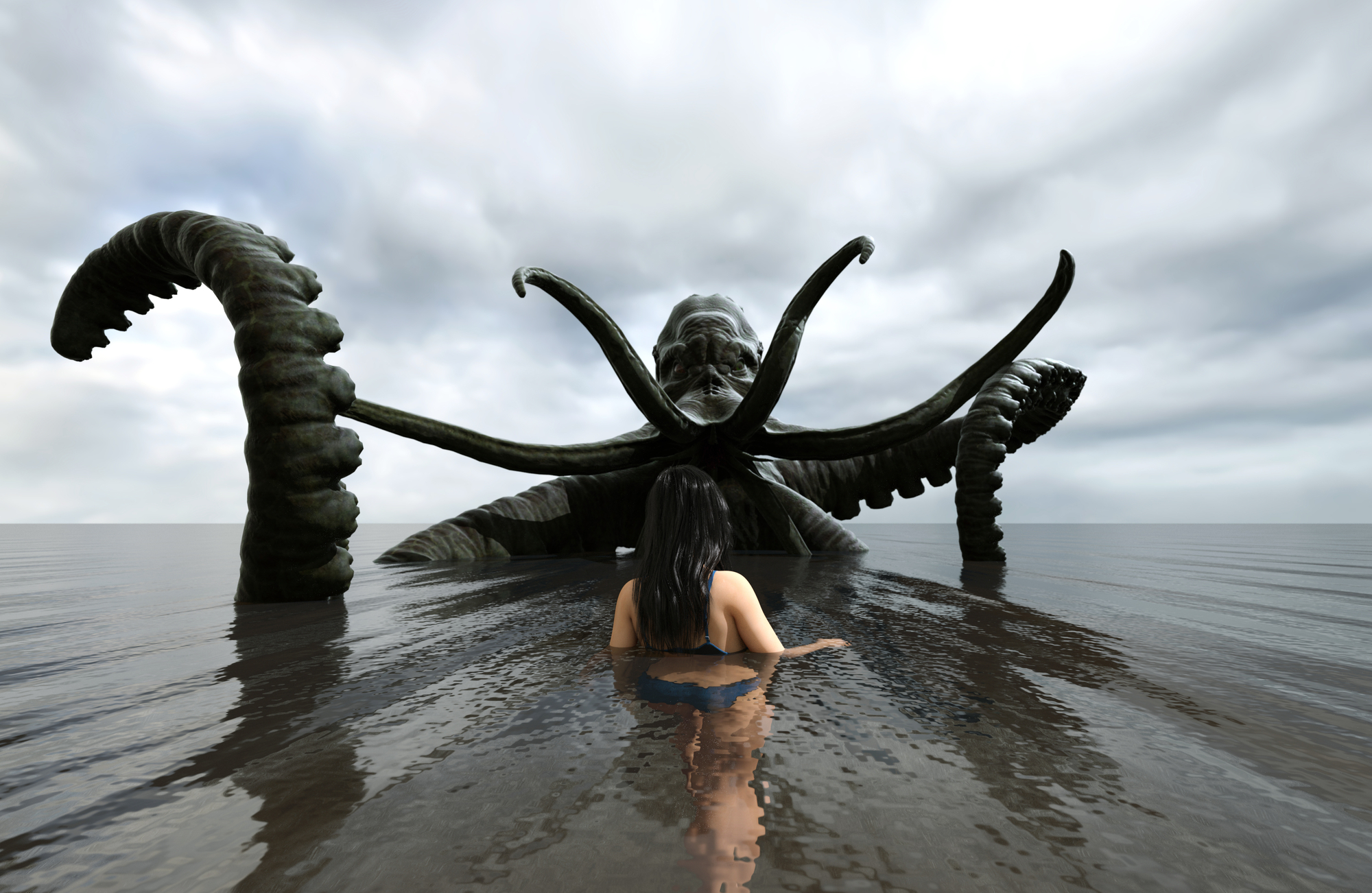 While writing Doppelganger Dirge (Book 11 in the Spellsinger Series), I decided to include a slew of sea monsters. These monsters needed to be Greek in origin, which I assumed (dear God, why do I do that) would be laughably easy to find. I’d start with the Kraken, of course, it of Clash of the Titans fame. But as I started to write, I realized that I didn’t actually know what a kraken looked like; not for certain. Did I go with the movie version (either of them)? Or perhaps I could use a liquor bottle as reference. That’s acceptable, isn’t it? I laughed at myself and went hunting some real information.

As it turns out, the bottle of liquor wasn’t such a bad idea; both for its kraken rendition and its medicinal support. I needed the latter after I read that the Kraken is not Greek at all, but Scandinavian.

“It’s a f@ck*ng Viking monster?!” I shouted in amazement. “How did I not know this?” Followed by, “How dare you mislead me, Clashing Titan movies!”

My mind blown, I continued my research and found a few other tidbits that might interest you as well. Let’s start with its origins. We’ve already established that it hails from Scandinavia. The Kraken was mentioned by a Danish historian, Erik Pontoppidan, as a beast with branches (yes, he meant tentacles) that can be found in the Norwegian Sea, especially in Summer. If you happen to be out fishing in that area and are doing extraordinarily well, he suggests that you start paddling super fast because the bounty you’re receiving is likely being scared to the surface by a kraken. Erik also says the Kraken is enormous, looking like an island chain when it first rises, and if it doesn’t eat you, the whirlpool it creates when it dives back under will drown you. This whirlpool bit is kind of interesting because the Greek sea monsters who I did find are Scylla, a tentacled, female monster who resembles Ursula, and Charybdis, a whirlpool. Don’t ask me how a whirlpool is a monster, I guess it’s an evil whirlpool. My point is, the Kraken sounds like a mix of those two Greek monsters. Does that give the screen-writers the right to call it Greek? Hell, no!

Moving along, the Kraken is also mentioned in the Orvarr-Oddr, an Icelandic saga, but is referred to as the Hafgufa. It was also noted in 1250 in a work called Konungs Skuggsja and in Fauna Suecica of 1746. It’s said to be a giant cephalopod who lures fish to itself by pooping. Yep, you read that right; it poops and the stuff is so smelly that it attracts fish who think its food. The Kraken then grabs up the little fishies, shoves them in its mouth, and proceeds to turn them into more fish bait. A rather efficient process, if you can get past the poop.

I think it’s fair to conclude that stories of the Kraken emerged from sightings of giant squid. They may not be the size of islands—or they might, I don’t know; I’ve never seen one, thank all that’s holy—and they definitely don’t attract food with poo, but they do get impressively large and there is the ink thing. Perhaps, ancient Vikings saw a giant squid, started shouting “Monster,” grabbed their spears, and scared the poor thing so badly that it inked itself. Then they had the nerve to assume the ink was something far more foul. Or perhaps those brilliant storytellers just wove a tall tale and ran with it. Or swam with it, rather. Whatever the case may be, we know one thing for certain; Poseidon has never shouted the words; “Release the Kraken!” The poor guy must have been mortified when he saw how terribly he was misrepresented. Then again, that’s the least he deserves after raping Medusa on the steps of Athena’s temple and letting her take the fall for the blasphemy. But that’s another monster story.

Check out the real Greek sea monsters in Doppelganger Dirge: