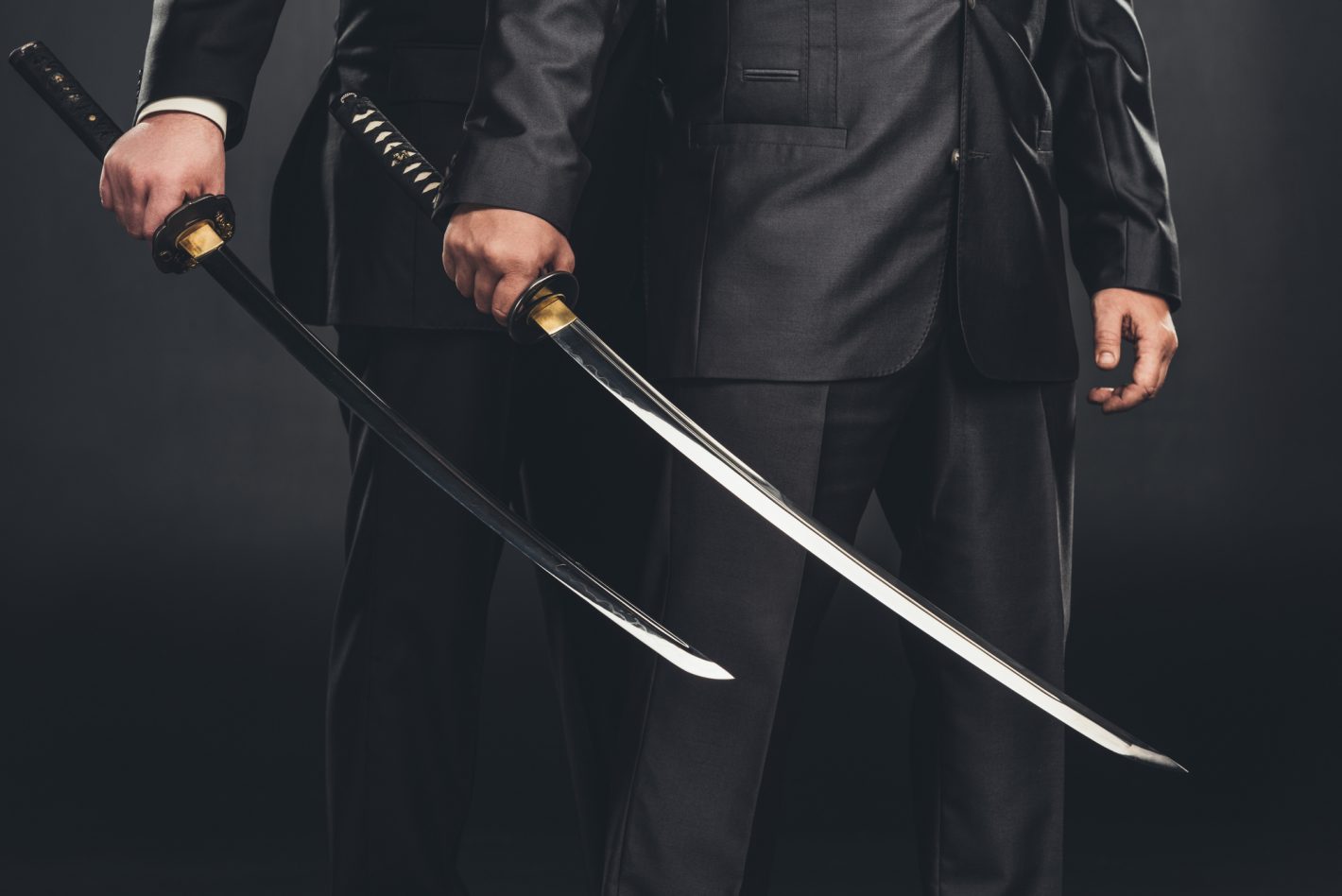 I did some research into the Yakuza for one of the books in the Godhunter Series. This is not by any means a complete research paper on the Yakuza, merely a glimpse into what I discovered and what inspired me to write about their Gods.

There are two main branches of the Yakuza:

The Tekiya: itinerant vendors and hawkers originally, like Japanese Gypsies. They do everything from fortune telling to committing crimes. No more than 20% actually engage in peddling anymore. In addition to Amaterasu and the Emperor, they worship the god, Shinnō.

The Bakuto: very simply, they’re gamblers. In addition to Amaterasu and the Emperor, they worship the god, Hachiman.

Both branches worship Amaterasu and the present Emperor of Japan. Honestly, I don’t know what the worship of a living man is all about, perhaps it’s more of a respectful thing than worship like that of a deity.

Tattoos were once used to brand criminals, but they became the mark of laborers in Japan and then solely Yakuza. Members tattoo themselves to:

Gobu-gobu: Brother; a title given to a man of equal rank. The Yakuza uses familial ranks so the wife of a boss would be called an elder sister and a lower ranking man would be called a younger brother.

Sakazuki is the most important Yakuza ritual. It’s conducted in a secret location and time that are only revealed at the last moment. At one end of the hall it’s held in there will be an altar, above which will hang three scrolls representing three gods: Amaterasu on the right, Shinnō in the middle, and the Emperor on the left.

The ritual is conducted to implore purification from the Gods then a visit is paid to a local hot spring, and, finally, a boisterous and licentious feast is held. It was during this ritual that the Yakuza was attacked by werewolves in the Godhunter Series.

Amaterasu is the Goddess of the Sun and is one of the few female sun goddesses there are. Her name means: Shining in Heaven. She is the ruler of the Sun and Heavens along with her brother, Tsukuyomi, the Moon God. She is also the ruler of Takama no Hara, the High Celestial Plain, the domain of Kami (spirits). Amaterasu is the daughter of Izanami and Izanagi, sister of Susanoo (the Storm God), and mother of Ama-no-Oshiho-mimi. She is associated with roosters, the Sun, and ravens (her messengers).

Shinnō was actually a Chinese god-emperor who was credited with discovering medicine. He’s a God of Agriculture, Music, Medicinal Herbs, and the Market. It’s not clear how the Japanese Tekiya Yakuza came to worship him but since they’re traveling merchants, they probably picked him up in China and brought him back to Japan like a divine memento.

Hachiman is the God of Archery and War and is the patron god of warriors. He was worshiped by the Samurai and is considered to be a protector of Japan. Obviously, the Yakuza craved such a strong god for their own, but I find it interesting that a crime syndicate has such an honorable god as their patron.

There you have it, the meager collection of information I have on the Yakuza. Don’t tell them I told you.

The book in which the Yakuza Gods first appear: